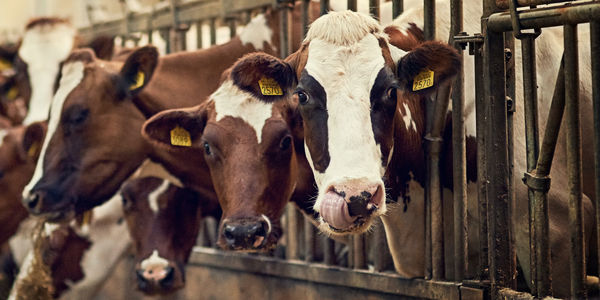 Abused farm animals are slipping through the cracks in France. Tell the country to appoint an animal welfare minister!

France is a country with a large focus on local farming, and in which their agricultural sector makes up a prominent part of their economy. Yet this farm-focused nation is missing something big: it has no ministry position for animal welfare or protection.

Sign the petition to demand that France establish a Minister for Animal Welfare in its government!

The lack of such an authority figure has meant abuses against farmed animals such as cows, horses, and chickens are never going to be taken seriously enough.

A group of French animal rights activists called L214 Éthique et Animaux has taken countless videos over the years from inside various farms showing graphic and harrowing cruelty against animals, but despite this concrete evidence, these abuses continue to happen. Just recently, a Nestlé-owned pork company in France was caught abusing its animals so badly, the pigs in their "care" started cannibalizing each other — in between being electrically shocked, having their tails illegally and painfully chopped off, and being stuffed into tiny metal cells devoid of anything except for feces.

Currently, such investigations would fall under the jurisdiction of the Ministry of Agriculture — but since that department is more interested in the economics of farming and the interests of farmers, it's not set up to care for animals' protection.

Polling shows that more than 70% of people in France want the government to create a specific ministry dedicated to the protection of animals, yet they continue to be ignored.

France needs to do better than this. All animals need protection, and all evidence of violence and cruelty needs to be investigated properly by someone who is actually dedicated to doing so.

Tell the French President Emmanuel Macron to rearrange his cabinet by adding a new position, the Minister for Animal Welfare!
Sign Petition
SHAREShare this petition with friends!TWEETEMAILEMBED
Sign Petition
See more petitions:
You have JavaScript disabled. Without it, our site might not function properly.

Care2
Abused farm animals are slipping through the cracks in France. Tell the country to appoint an animal welfare minister!
SHARETWEET