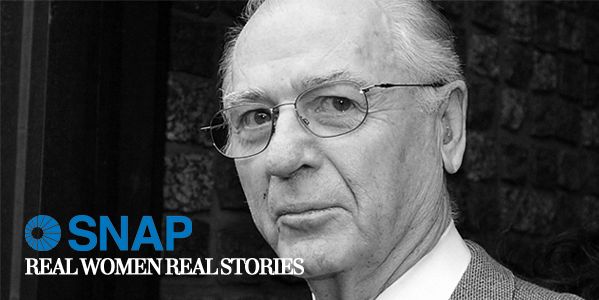 On Friday, July the 28th, Mr. Paul Shanley, one of the most notorious figures in the Boston Archdiocese sex abuse scandal, has been released from prison. He will not be ordered to wear a GPS bracelet, and will not be staying in a secure treatment facility.

The Catholic Church has many treatment facilities for clergy and former clergy with sexual issues. Please sign this petition to urge the Boston Archdiocese and the State of Massachusetts to insist Shanley live in a facility where he can receive treatment and where he will have no access to children.

Many survivors of priest sexual abuse around the world are very disturbed by this news. Age and prison time do not cure pedophilia. Mr. Shanley has a long history of rampant child sexual abuse, much of which was covered up by the Church. Pedophile priests are a very real danger, a threat to women, men and children, especially young boys. Hurting a child like that scars them forever.Research and experience teach us that age does not cure pedophilia. Often age gives predators an advantage. People may see an old man and assume he is harmless. That is not the case.

In March 2010, Oliver Francis O'Grady, 72, an Irish convicted Catholic ex-priest who raped, molested and abused at least 25 children in California from 1973 onwards, was reported living in Rotterdam, Netherlands, where he volunteered at a Catholic parish, assuming a different identity, calling himself "Brother Francis". In 2016, he has been caught living just yards from a playground and a crèche, and has admitted he is still a danger to children.

In its annual report last year, the United States Conference of Catholic Bishops said that from July 1, 2015, to June 30, 2016, it received 730 credible abuse allegations against 361 priests. We can't continue to let rapist priests walk free without rehabilitation.

Mr. Shanley continues to deny that he is a child molester and has refused treatment for many years.Please sign this petition to urge the Boston Archdiocese and the State of Massachusetts to insist Shanley live in a facility where he can receive treatment and where he will have no access to children, and to wear a GPS bracelet so that his whereabouts can be tracked on anytime.
Sign Petition
SHAREShare this petition with friends!TWEETEMAILEMBED
Sign Petition
See more petitions:
You have JavaScript disabled. Without it, our site might not function properly.