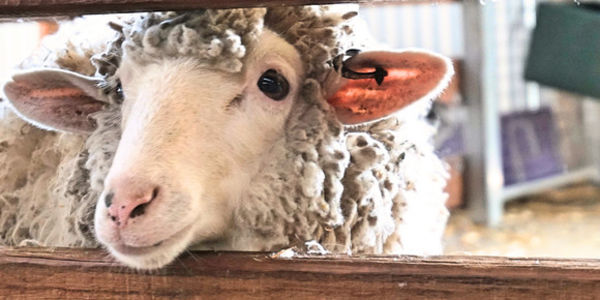 Australia pretended to care about live animals' welfare as they're exported for slaughter abroad. It was just a PR stunt.

For the last several years, the Australian government has been conducting a PR stunt to try and convince the world that its policy of exporting live animals isn't as bad as it's been in the past. How have they done this? Not by banning this type of live export, which inflicts tremendous cruelty, stress, abuse, and neglect on these poor beings. Instead, they've tried to assuage the public by creating the "independent observer" program.

Theoretically, this means that all live animals are taken care of and watched over by an official whose job is to make sure they don't die from baking alive in horrible heat, freezing conditions, starvation, injury, or any of the other myriad ways these creatures are mistreated. In reality, things have not worked out like this.

Sign the petition to demand that the Australian government reimplement its full policy of requiring independent observers on all live animal export ships!

Originally, the government required an observer to be stationed on each ship, for every single journey in which live animals were exported to other countries. Within one year, that mandate was reduced, so that it only applied to "higher risk" transits. Data shows the average number of independent observers actually deployed decreased month-over-month. By January 2020, only two observers boarded ships that month with live animals as their export cargo, compared with 14 observers just a year prior.

Then, once COVID-19 related travel limitations were put in place for public health and safety, the program shut down altogether, with independent observers being labeled "non-essential" personnel. The last journey leaving the entire country of Australia with an independent observer on board was in June 2020. That's already one year ago.

Meanwhile, countless sheep, cows, and horses have still been shoved onto these floating death traps and hauled elsewhere to meet the gruesome final fates -- regardless of COVID or observational status. According to the government's Department of Agriculture, the program won't resume until mid-2022 at the earliest. Which means mistreatment, cruelty, and possibly death will just continue for another agonizing year, at least.

We all know what happens when regulations start to slip: corporations receive free reign to go back to doing what they automatically default to anyway. In this case, that means ignoring animal welfare.

Tell Australia's government: independent observers on live export transit ships are absolutely "essential" employees! The program to protect exported animals must continue!
Sign Petition
SHAREShare this petition with friends!TWEETEMAILEMBED
Sign Petition
See more petitions:
You have JavaScript disabled. Without it, our site might not function properly.

Care2
Australia pretended to care about live animals' welfare as they're exported for slaughter abroad. It was just a PR stunt.
SHARETWEET