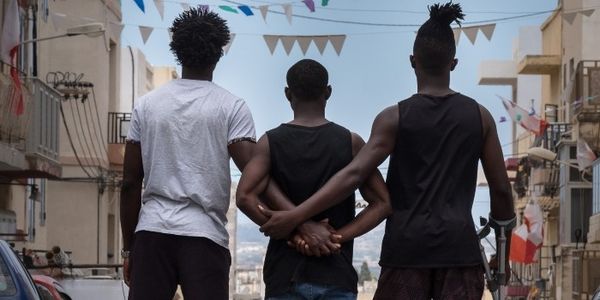 Facing a life sentence for saving lives: Demand justice for the El Hiblu 3

In Malta, three youths risk life in prison for their roles in helping fellow asylum-seekers escape torture. Call for justice for The El Hiblu 3.

Ship captains have a legal duty to rescue those in danger at sea and take them to a safe destination. Libya is not a safe destination. The experiences refugees and migrants face there are well documented: arbitrary detention, torture, rape and exploitation.

The rescued people were promised they would be taken to safety in Europe, but as time passed, they realised they were being taken back to Libya. They began to panic, horrified at the prospect of returning to the torture they had escaped.

"People started crying and shouting: 'We don't want to go to Libya!', 'We prefer to die!'"

Knowing he spoke English, the chief officer of the ship asked the 15-year-old boy "What can I do to get them to calm down?" The boy replied: "Don't take us back to Libya".

The ship turned around and set off for Malta. The three youths helped the chief officer by interpreting his words to the rest of the rescued people, calming the panicked passengers.

But media and politicians spun the story, accusing the three boys of 'hijacking' the El Hiblu, and the Maltese army stormed the ship. The three youths were disembarked in Malta in handcuffs, despite the police testifying that the crew were in control, no one was hurt, and nothing was damaged.

The youths are seen by many as heroes. Regardless, they now face life changing charges.

Call on the Maltese Attorney General To

I urge you to drop all charges against the El Hiblu 3 and close the case.

These youths, two of whom were just 15 and 16 years old at the time of the alleged incident, could be jailed for life for opposing their return to suffering and torture in Libya. Yet there is little to no evidence to support the serious charges against them.

The youths had acted as interpreters on the El Hiblu, an oil transporter, to help preserve their lives and those of their fellow passengers after they were rescued at sea.

They have been through grave hardship and trauma. Deliver justice: drop the charges, close the case.