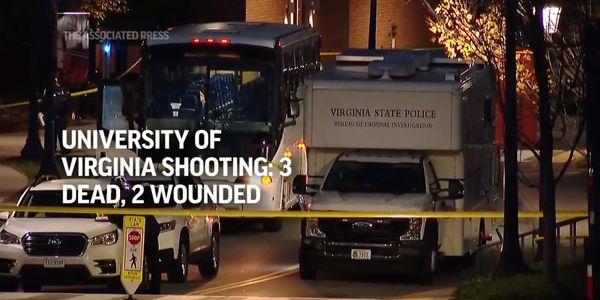 There Was a Shooting at UVA. We Need Stricter Gun Laws Now.

A student at the University of Virginia fatally shot three people and wounded two others on campus. The suspect is in custody, but the community was told to shelter in place for hours while he was still at large. This is the terrifying reality of guns in America – and our lawmakers must finally take meaningful action. To do this, we must end the filibuster, which has been used to block votes on gun violence prevention legislation for decades.

It's simple: abolishing the filibuster would allow stronger gun legislation to pass.

And the need for stronger gun legislation in America has never been more clear – there are hundreds of mass shootings every year in the country. Schools, malls, shopping centers, places of worship. Why are our lawmakers content to leave these places open to such horrific violence?

The procedural filibuster requires that at least 60 Senators must agree to end a debate and move forward with a vote, thus allowing a small group of conservative Senators to prevent any meaningful and progressive laws from ever even going to a vote.

With Democrats now holding onto the Senate majority, they must now try to abolish the filibuster. The Senate has changed the filibuster rules in the past – now, they have a moral obligation to abolish it in order to save countless lives.

Care2
There Was a Shooting at UVA. We Need Stricter Gun Laws Now.
SHARETWEET