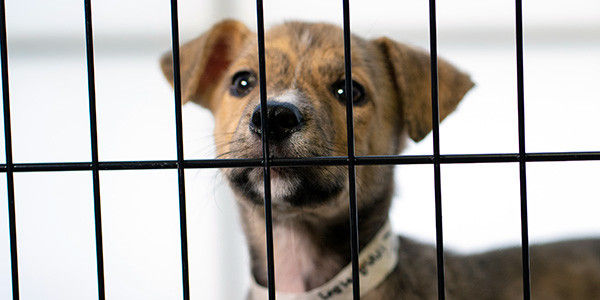 The New York City Council has an opportunity to speak up against puppy mills and pet store cruelty. Passing Resolution 798 will send a strong message to Albany that New York City voters want to keep puppy mill puppies out of our pet shops.

The Empire State has one of the highest concentrations of pet stores in the nation, with about 2,000 puppies for sale in our pet shops at any given time. Behind nearly every one of these sales is a tragedy: the success of a puppy mill—a cruel factory for mass-producing dogs—that's reaping a heartless profit.

NYC Resolution 798 calls upon the New York State Legislature to pass (and the Governor to sign) A. 6298/S.4234, a pending bill that would prohibit the sale of dogs, cats and rabbits in pet stores across the state.

California, Maryland and nearly 300 U.S. cities have already banned the sale of dogs and cats in pet stores. Now New York can do the same—but we need your help!

We want to show Albany that New York City believes animals are companions, not commodities, and we need to make sure our laws protect them! Please sign this petition to request that your NYC Councilmember support Resolution 798.

As your constituent, I ask you to support Resolution 798, introduced by Councilmember Brannan, urging the New York State Legislature to pass A. 6298/S. 4234, which will help curb puppy mill cruelty and keep puppy mill puppies out of our communities.

New York has one of the country's highest concentrations of puppy-selling pet stores. Puppies sold in pet stores typically come from commercial breeding operations known as "puppy mills" that are designed to prioritize profit over the well-being of the animals. In these operations, dogs are often kept in wire-floored cages without adequate shelter, veterinary care, food or socialization.

Year after year, the pet industry has demonstrated that it is not interested in ensuring the welfare of the dogs it churns out, nor is it interested in transparency or public accountability. These poorly regulated commercial dog breeders have only one goal: breed the highest volume of puppies possible at the lowest cost for maximum profit. Enough is enough.

This legislation would cut off the puppy mill pipeline that moves cruelly bred animals from puppy mills across the country into New York's pet stores, and better protect our state's consumers, public health and animal welfare while still permitting stores to provide space for rescue groups and shelters to adopt out animals to the public.

Again, as your constituent, please support and pass Resolution 798. Thank you for your time and consideration.