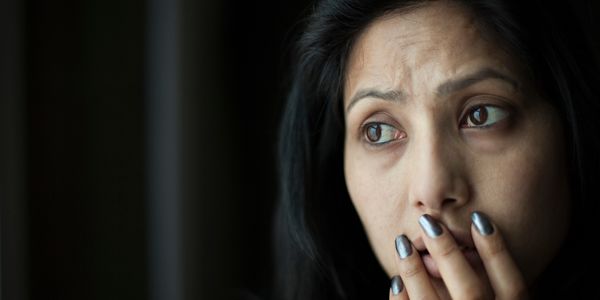 We must make it easier for U.S. immigrants who are victims of domestic abuse to get the help they desperately need!

In the time it takes you to read this sentence, approximately two people will have been physically abused by an intimate partner in the United States. That's right -- on average, 20 people per minute are experiencing domestic violence in this country.

Among the tens of millions of documented and undocumented immigrants in the United States, these horrifying statistic are roughly the same. But due to "heightened risks as a result of factors like language, social isolation, lack of information or financial resources, cultural beliefs, or fear of deportation," immigrant victims are far less likely to report this violence and find a way out.

Sign the petition and ask that the United State Senate pass the Violence Against Women Act (VAWA) Reauthorization Act of 2021 and include increased funding for programs serving victims of domestic abuse in immigrant communities!

No matter how or why a person immigrated to the United States, they have the right to live here without fear of physical or psychological abuse -- especially within their own home. But far too many immigrants forego that right to safety because they are even more scared that if they go to the police to report domestic violence, they could face more violence from police. Or retaliation from their abuser. Or deportation if their immigration status is precarious or tied to their abuser. Deportation could even mean being separated from their children, who would then be even less protected from abuse at home!

In 1994, Congress passed the Violence Against Women Act (VAWA) in order to better define, prevent, investigate, and prosecute domestic violence. Even back then, this law did in fact include certain avenues for immigrant victims to obtain citizenship "without the knowledge or involvement of the abuser." But that doesn't mean that victims are aware of these options, and it certainly doesn't guarantee that they would be able to complete the complicated legal processes without any help -- especially considering language barriers and proximity to their abusers! Even if they could track down assistance, hiring legal counsel isn't a financial option for many. The legal framework is there, but it is failing actual victims.

That's why the work of nonprofits, such as California's Immigration Center for Women and Children (ICWC), is so important. Organizations like ICWC work within communities to provide immigrant adults and children, no matter their financial situation, with the help they need to escape domestic abuse while supporting them on their journey to citizenship. This is lifesaving work, and it deserves federal funding so that it is available to victims in every part of the country. VAWA is currently being reintroduced and has passed from the House to the Senate where it awaits approval -- now is the perfect time to amend the law to increase funding to community-based services for immigrant victims of domestic abuse!

Sign the petition today and urge the Senate to revise the Violence Against Women Act Reauthorization Act of 2021 with increased funding for immigrant victims, and then pass this lifesaving legislation without delay!

Care2
We must make it easier for U.S. immigrants who are victims of domestic abuse to get the help they desperately need!
SHARETWEET