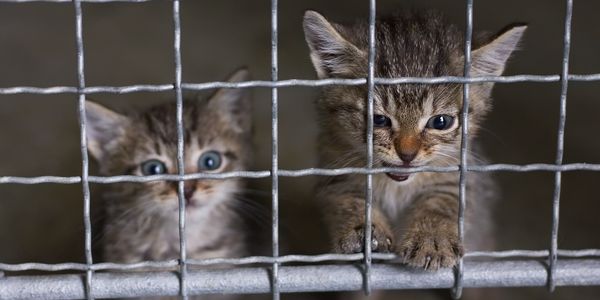 It took authorities 4 hours to free 47 sick and neglected dogs, puppies, cats, and kittens from this home

A woman in Erie, Pennsylvania was recently discovered to have been hoarding nearly 50 dogs, puppies, cats, and kittens in detestable conditions. Many were covered in skin infections, fleas, and suffering from ear and dental issues. One poor cat was already dead when authorities began what would turn into a four hour rescue.

Sign the petition and demand that the authorities in Erie, Pennsylvania work together to ban this woman from owning or being responsible for animals ever again!

What is particularly heartbreaking about this case is that the cruelty could have been anticipated and prevented. Over a decade ago, this woman was investigated for a similar hoarding and neglect case in which 24 dogs were found -- three of them already dead. Five more dogs were so, so sick and neglected that they tragically had to be put down after they were rescued. This woman should have never been given the chance to get her hands on innocent animals ever again. But here we are.

This most recent investigation was kicked off when two people witnessed this woman stomping on a dog's head. When officers arrived to investigate, no one was home to answer the door -- but from where they stood, the nightmarish conditions were obvious. 48 dogs, cats, puppies, and kittens, some of them stuffed in filthy cages, were wasting away inside. One of the cats was already dead, cruelly left to rot amongst the other neglected, terrified animals who were no doubt emotionally and psychologically distressed by this. They were all physically distressed too, suffering from fleas, skin and ear infections, and painful dental complications.

Authorities were at the residence for four straight hours, and the Erie Humane Society shelter had to be completely shut down the next day to make room and time for the 47 animals to be examined and cared for.

This cruelty should have been cut off in 2010 with a ban on animal ownership for this woman, but instead she was able to hoard twice as many animals this time around. Will the next time double again, with almost 100 animals doomed to suffering or death?

We can't let there be a next time.

We must demand that the proper Erie agencies address this animal hoarding and cruelty case swiftly and firmly. Sign the petition asking for this woman to be banned from owning animals ever again!

Care2
It took authorities 4 hours to free 47 sick and neglected dogs, puppies, cats, and kittens from this home
SHARETWEET