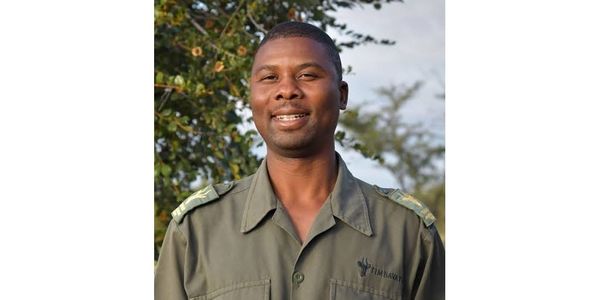 One of South Africa's Best Rhino Defenders Was Murdered in Front of His Family. Justice for Anton Mzimba!

Anton Mzimba dedicated his life to protecting rhinos in South Africa. As one of the head rangers at the Timbavati Private Nature Reserve and one of Global Conservation Corps' advisors, this brave man played a crucial role in protecting rhinos from poachers. But Anton's inspiring life was tragically cut short this July when three people gunned him down outside of his home, brutally killing him in front of his entire family. The assailants even opened fire on his wife, who is now fighting for her life. The perpetrators have yet to be found and arrested – meaning Anton's family doesn't have justice, and wildlife rangers across the country may now be at risk of a similar attack.

Sign the petition now to urge authorities to do whatever it takes to find Anton Mzimba's cowardly killers!

Since the perpetrators of this disgusting murder have not been caught, an official motive has not yet been identified. But locals, experts, and Anton's family suspect that his murder was motivated by the illegal wildlife trade – one of the top five most profitable illegal crimes, "often run by highly organised criminal networks," and something Anton was dedicated to putting a stop to.

The illegal wildlife trade preys on iconic, often quite vulnerable species like elephants, tigers, or rhinos, killing these creatures in order to sell their body parts like skins and horns of ivory. This illicit industry is not only notoriously cruel; it threatens the very existence of the species it targets.

Rhinos once roamed across much of Africa and Asia, and in the early 1900s, there were an estimated over 500,000 rhinos in the wild. But today, only 27,000 rhinos remain, and the vast majority of them are living inside of national parks and reserves because of persistent poaching and habitat loss. Those who protect them – at grave risk to their own safety – are heroes. Anton Mzimba was a hero, mourned by people like Prince William who worked closely with the wildlife ranger in his efforts to combat illegal wildlife smuggling. The life Anton dedicated to animals, and his tragic death, must not be in vain.

Finding the perpetrators of this horrific crime is also a basic matter of human rights. Anton's life was tragically cut short -- and his children are now left without a father – likely because of his fierce commitment to protecting the rhinos he loved so much. South Africa must dedicate as many resources as needed to find those who killed Anton.

Sign the petition now to tell the South African authorities: we must not delay! Act quickly to find the perpetrators of Anton Mzimba's brutal murder!

Photo taken from Facebook.com
Sign Petition
SHAREShare With FriendsTWEETEMAILEMBED
Sign Petition
See more petitions:
You have JavaScript disabled. Without it, our site might not function properly.

Care2
One of South Africa's Best Rhino Defenders Was Murdered in Front of His Family. Justice for Anton Mzimba!
SHARETWEET