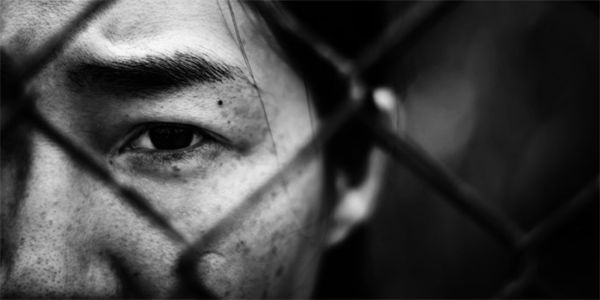 Demand an End to Forced Sterilization and Ethnic Cleansing of Ethnic and Political Minorities in China!

Sterilize. It's a noun. It sounds vaguely medical, but beyond that, hardly conveys the truth of the horrors it implies. Some people choose to be sterilized for completely personal, uncorked reasons. But sterilization is also often used as a genocidal tactic; an intrusive procedure forced on ethnic and religious minorities against their will or without their knowledge, to ensure they can never produce children ever again. While sometimes sterilization is chemical, through injections meant to block hormones, other times it is surgical — involving completely removing certain reproductive organs.

This is exactly what happened to Gulbahar Jalilova. Now 54 years old, she's a survivor of detention in a Chinese internment camp where the government frequently tortures and indoctrinates minorities, including Uighur Muslims and Kazakhs.

This is a human rights abuse, and it must end now!

Ms. Jalilova reports that during her detainment, which lasted for more than a year, the government forcibly sterilized her, without ever letting her or the other women know what was going on, and without giving them any choice to opt out. She recalled: "They injected us from time to time. We had to stick our arms out through a small opening in the door. We soon realized that after our injections that we didn't get our periods any more."

Mehrigul Tursun, a 30-year-old former detainee who now lives in exile in the United States, reported that after she was injected with unknown drugs at a camp, she become "tired for about a week, lost my memories and felt depressed." When she fled to the U.S., doctors there informed her that she'd been sterilized.

The women also report being packed for months, even years, into 10 foot by 20 foot cells with up to 50 other women. Other former detainees have shared stories of fellow inmates dying after enduring the unknown medical treatments.

The Chinese government claims that its internment camps are supposedly "boarding schools," and referred to allegations of its many human rights abuses as "fake news." But researchers are finding that the detention centers are actually run like "wartime concentration camps," used as one tool in a larger "systematic campaign of social re-engineering and cultural genocide."

Last year, a human rights panel with the United Nations estimated that China has held 1 million Uighurs in the camps, accounting for as much as 10 percent of the group's entire global population. Potentially even worse, we're now learning that the Chinese government is constructing even more of these secretive camps.

It's hard to overstate the importance of this type of systematic assault. Depriving entire minority populations of the ability to produce offspring is one way the Chinese government hopes to completely eliminate future generations — preventing them from ever being born. While current generations are subject to electrocutions, beatings, brainwashing, and medical intrusions, future generations won't ever come into being at all. There's a word for this, and it's ethnic cleansing: the extermination an entire group of people.

Sign the petition to stand alongside these women and demand the Chinese government end this practice, immediately!
Sign Petition
SHAREShare this petition with friends!TWEETEMAILEMBED
Sign Petition
See more petitions:
You have JavaScript disabled. Without it, our site might not function properly.

Care2
Demand an End to Forced Sterilization and Ethnic Cleansing of Ethnic and Political Minorities in China!
SHARETWEET