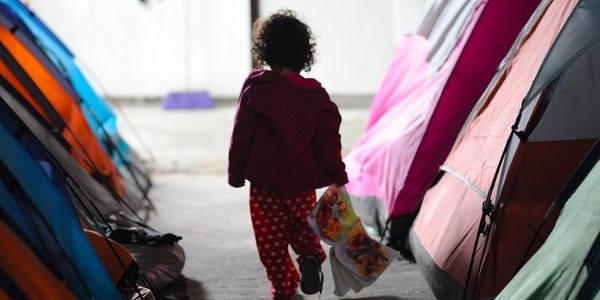 Tell Trump: We demand justice for children at the U.S.-Mexico border

One year of medical neglect. Of fear and intimidation. Of psychological trauma. In that one year, at least five migrant children have died and thousands more have been ripped from the arms of their parents at the U.S. southern border.

Add your name now to demand that President Trump immediately end all policies that lead to the detention and separation of children, or that penalize individuals for pursuing their legal right to seek asylum in the United States.

We are writing as medical professionals and concerned citizens to express our opposition to your administration's continued inhumane policies that exacerbate the trauma of children and their families seeking safe haven in the United States. Millions of people who have fled persecution over centuries have come to this country due to its welcoming of those escaping oppression and violence. We urge you to reconsider and reverse the cruel practices that are rapidly undermining the basic rights of desperate people on both sides of the U.S. border with Mexico.

You have stated that the United States faces "a crisis" at the border, alleging infiltration of drugs, trafficking, and other criminal activity. In response, your cabinet agencies – spearheaded by the Department of Homeland Security (DHS) – have separated thousands of children and parents at the border, ignoring medical evidence that separation from parents has a devastating health impact on children. Your administration has detained thousands of children indefinitely in unlicensed facilities, ignoring DHS's own medical experts who warned that dangerously inadequate conditions of confinement increase health risks for children. Indeed, five children have now died in government custody.

Research has shown that alternatives to detention are cost-effective, humane, and contribute to improved health outcomes, but dismayingly, your administration has shut down the Family Case Management Program, which enabled families to stay together while their cases are considered. You have directed government employees to restrict access to asylum and the vital physical protection asylum provides, making families wait in Mexico for months before their case is considered. These policies put children in danger, and have not reduced the numbers at the border.

Your administration justifies these failing policies in the name of deterrence. However, if persecution and violence are the primary factors causing people to flee their countries, then harsh border enforcement cannot serve as an effective deterrent. It only causes more harm to a traumatized population.

Research by Physicians for Human Rights (PHR) indicates that many children in this population have experienced extreme levels of violence in their home countries and exhibit distinct clinical consequences of trauma. In a survey of 183 child asylum seekers evaluated by PHR experts, 78 percent suffered direct physical violence, 18 percent experienced sexual violence, and 71 percent received threats of violence or death. Fifty-nine percent witnessed acts of violence. Despite the severe trauma these children have suffered, many of the young children reported successfully rebuilding their lives in the United States, where they are safe and secure from physical harm.

We call on you and your administration to perceive the humanity of this population and the stark evidence that flies in the face of the false narrative that you have been portraying about them. We ask that your administration honor United States legal commitments to fairly consider asylum cases and provide immediate protection for children. We implore your administration to ensure that all children receive adequate care in custody and release them into the community as quickly as possible. To address long term issues driving migration, the United States should also urgently fund child protection programming to prevent violence and combat impunity in the Northern Triangle countries.

The medical evidence, human rights obligations, and our common humanity demand no less.

Care2
Tell Trump: We demand justice for children at the U.S.-Mexico border
SHARETWEET