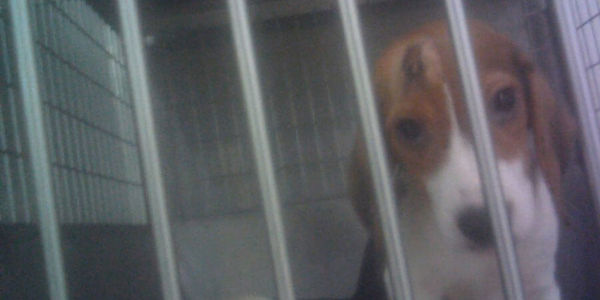 Speak Out for the Dogs and Cats Suffering at Liberty Research!

Dogs were injected with insecticides, while others had holes drilled into their heads so that a deadly virus could be injected directly into their brains. Cats suffocated under flipped-over letterboxes, and others were locked away in severely crowded rooms, grew thin, apparently unable to compete for food. These shameful scenes, revealed in a PETA eyewitness investigation, were business as usual at Liberty.

PETA has alerted officials to apparent violations of animal protection laws and written to companies that conduct business with Liberty, asking that they reconsider their relationship with the company. But we need your help.

Please take a moment to speak out for the dogs and cats at Liberty. Urge its customers—including Merck, Bayer, Merial, Zoetis, Novartis, Michigan State University and the universities of Pittsburgh, Florida, and Louisville—to reconsider their ties with Liberty.
read petition letter ▾
Subject: Important information regarding Liberty Research

I was horrified and heartbroken to learn from PETA that dogs and cats were held in squalid conditions in windowless buildings, where they are used in cruel experiments, at Liberty Research, Inc. (Liberty), which I understand you have done business with. These animals--who are no different from our dogs and cats at home--were deprived of everything that makes life worth living. They were treated like unfeeling laboratory tools, and when they become sick or injured, some were deprived of adequate veterinary care.

Some animals were recycled through test after test. In addition to the obvious ethical concerns raised here--imagine the long years of being caged in a cramped cell, never feeling the sunshine on your back or the wind in your face and being subjected to unending painful, sickening tests--this practice also raises scientific concerns, calling into question the value of any experimental results.

I am confident that you would not want your company's reputation to become sullied through its association with Liberty, and I ask that you reconsider PETA's evidence as you decide which companies to do business with.

Thank you for your attention to this important matter.

Care2
Speak Out for the Dogs and Cats Suffering at Liberty Research!
SHARETWEET