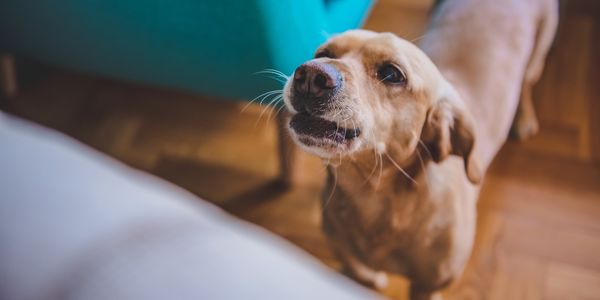 A Fine for Barking Dogs in This Illinois City Will Financially Cripple Families and Lead to More Surrendered and Euthanized Dogs!

Imagine this scenario: you have just adopted a dog from a shelter. You are still in the process of training this new member of the family, and working on managing its separation anxiety. This means that even though the sweet pup hates when you leave the house, you have to do just that to live your life, and you're practicing leaving for longer intervals as you work on training him. But sometimes, the dog understandably still barks when you leave. One day, you're gone for 15 minutes, and your dog barks the whole time, anxious and concerned for your safety. He has lived a difficult life of neglect, and is still not used to you being gone. In the midst of this already stressful time in your life, while you are trying to protect a dog that may have otherwise been put down and train him to live with your family, you come home only to find out that you've been fined $100 because your pup was barking.

If you're thinking, what a horrifying and tragic story, you're right. And that is exactly what will happen in Aurora, Illinois, where the city council just passed an ordinance fining people whose dogs bark for 15 minutes straight during the day or 10 minutes straight at night.

Sign now to demand the Aurora City Council revise the animal control ordinance in the city and remove this barking limit and fine penalty!

This ordinance will financially cripple many community members, and simply contribute to untold harm towards the local animals themselves. Of course, no one enjoys the sound of dogs barking for long periods of time. But this ordinance won't do anything to actually stop dogs from barking -- it will simply punish dog owners. This could inevitably lead to more dogs being surrendered to shelters, especially those who have tricky behaviors that take longer to train. It could also open up many dogs to abusive, violent punishment if they bark and their owners are under the pressure of a hefty fine. In worst case scenarios, this ordinance could actually result in dogs being horrifically debarked -- a dangerous and cruel practice that subjects dogs to extreme pain -- or even killed or put down.

There are useful tools a city could offer dog owners to reduce barking if they consider that a problem. But fining dog owners will likely just result in more dogs in shelters and more families being financially burdened by pet ownership. We need policies that encourage families to adopt pets in shelters rather than dissuade them. Sign the petition to tell Aurora City Council that this is a terrible move and will hurt dogs and families!
Sign Petition
SHAREShare With FriendsTWEETEMAILEMBED
Sign Petition
See more petitions:
You have JavaScript disabled. Without it, our site might not function properly.

Care2
A Fine for Barking Dogs in This Illinois City Will Financially Cripple Families and Lead to More Surrendered and Euthanized Dogs!
SHARETWEET