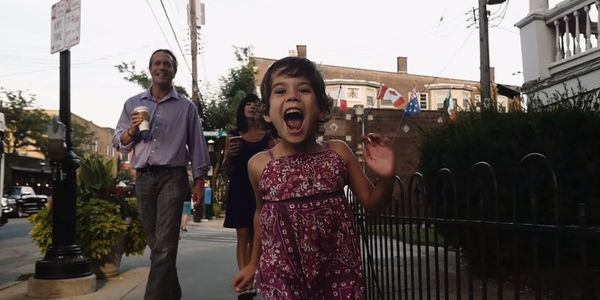 Sophia is 8 years old, and very sick. She is one of over 1 million Americans suffering from “uncontrolled” epilepsy. She was diagnosed when she was only 8 months old, and was soon suffering from up to 20 seizures a day.

Currently available medications can’t help her. But Sophia’s parents fought day and night to pass medical marijuana in Ohio and gain access to cannabidiol, or CBD. CBD’s are shown to significantly reduce seizures with little side effects.

In June, Ohio became the 25th state to legalize marijuana for medical purposes, giving Sophia’s parents hope for the first time. Now they can legally access the medicine Sophia needs.

But medical marijuana is still illegal federally. Meaning Sophia’s parents and caregivers still face the fear of federal penalties even though they are abiding by state law.

We need your help to protect Sophia’s rights, and the rights of tens of thousands of medical marijuana patients across the country. The Compassionate Access, Research Expansion and Respect States (CARERS) Act, is a historic piece of legislation that would end the federal prohibition of medical marijuana and allow states to set their own policies.

With bipartisan support in Congress we have a chance to finally end the prohibition on medical marijuana, but Senator Chuck Grassley is standing in the way. As Chairman of the Judiciary Committee only Senator Grassley has the power to bring the CARERS Act up for a vote — and so far he has refused.

Please sign the petition today calling on Senator Grassley to bring the CARERS Act up for a vote. Help us end the federal prohibition of medical marijuana!


I urge you to bring the CARERS Act, S.683, up for a vote in the Senate Judiciary Committee right away.

With twenty-five states and the District of Columbia legalizing and regulating marijuana for medicinal purposes and twelve states regulating CBD oils, and with over 80% of Americans in support of legal access to medical marijuana, it’s time for the federal government to let states set their own policies.

The American people deserve a debate and a vote on this important and timely legislation. Please bring S.683 up for a vote today.