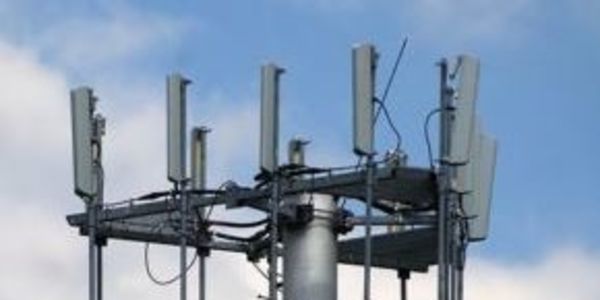 ANOTHER CELLPHONE TOWER, to be built at San Antonio Children's Park.

FOR MORE INFORMATION & UPDATES, PLEASE VISIT THE WEBPAGE BELOW, THAT IS DEVOTED TO THIS ISSUE: https://uplandradiation.wordpress.com/passed-5-0-cell-tower-at-childrens-playground-public-comment-against-cut-off-at-20-seconds-by-mayor-stone/

You may also sign this petition, where your name will not be displayed here publicly, as others below have already done so.

It is important to know, that there is already, a Cellphone Tower at the San Antonio Children's Park and now the City of Upland, is catering to the Wireless Companies, where each company, needs their own Cell Tower (at over 200 ft) at the exact same children's park, where the city just doubled the radiation exposure of our Upland children! What's next, 4 Cell Towers, one at each corner of the exact same children's park?

The San Antonio Park is where Upland children play baseball, have playground equipment and where Upland families picnic together and it is surrounded by residential homes on all sides.

We know from the address of the San Antonio Park located at 2393 N Mountain Ave, Upland, CA 91784, from an Antenna Search, that within 4 miles of this location, there already exist 122 Cellphone Towers and 572 Antennas, which is more than enough! http://www.antennasearch.com

We strongly object and will vigorously fight against any new cellular tower installation at the San Antonio Park, because we are aware of over 5,900 Scientific & Medical Studies published at UplandRadiation.wordpress.com and elsewhere, proving non-thermal radiation (which is supposedly safe radiation) causes substantial biological harm to human beings.

In addition, is the Legal Declaration of Dr. Barrie Trower, a Physicist and former MI5 Agent who trained at the Ministry of Defense in Microwave Warfare, found here; https://uplandradiation.files.wordpress.com/2017/09/dr-barry-trower-legal-declartion.pdf

From Dr. Trower's Legal Declaration above, “Microwave or Radiowave Sickness was first reported in August 1932. By 1971, the US Naval Medical Research Institute (NMRI) referenced 2,300 research articles listing in excess of 120 illnesses attributed to radio frequency and non-ionizing microwave radiation. https://uplandradiation.files.wordpress.com/2017/08/navy_radiowave_brief.pdf

"Under the Freedom of Information Act, extracts from published US Defense Intelligence Agency Documents confirmed the Naval Medical Research Institute research and stated: “IF THE MORE ADVANCED NATIONS OF THE WEST ARE STRICT IN ENFORCEMENT OF STRINGENT EXPOSURE STANDARDS, THERE COULD BE UNFAVORABLE EFFECTS ON INDUSTRIAL OUTPUT AND MILITARY FUNCTIONS."

"1975, after an extensive study, the United States Defense Intelligence Agency warned all of its personnel of the risk from low level microwaves including illnesses ranging from microwave sickness (flu like symptoms, depression, suicidal tendencies) to cancers and leukemia and other biological effects from electromagnetic radiation (radiowaves and microwaves)."

Furthermore, there are over 3,600 additional RECENT Medical & Scientific Studies which were delivered to the United Nations in 2015, citing substantial negative impacts on human health from non-thermal radiation, that can be seen here; http://www.bioinitiative.org/conclusions/

We are also apprised of the scientist work of Dr. Martin Pall, Professor Emeritus at the School of Molecular Bio-Sciences, at Washington State University and Author of Numerous Scientific Papers, who's research findings indicate that non-thermal radiation is the cause Autism, Premature Alzheimer & Sterility and fears reproduction could go to zero, in what Newsweek Magazine has just called an ENVIRONMENTAL CASTRATION CRISIS IN AMERICA. And Dr. Pall, conducted experiments where mice were kept at a CELLPHONE TOWER PARK & ALL THE MICE, WHERE COMPLETELY STERILE, IN JUST 5 MONTHS, at exposure levels that are far less, than our current safety standards! https://uplandradiation.wordpress.com/emfautismsterility/

We know countries like France, have already heeded the research finding of Dr. Martin Pall and have passed strict new laws and regulations regarding wireless devices, such as;
WI-FI Banned in Nursery Schools, National Radiofrequency Agency Established, Cell Phones Labeled with SAR Values and Ways to Lower Radiation, WiFi Routers Turned Off in Elementary Schools Except When Needed, Cell Phone Ads Must Recommend Phones be Held Away From the Head, Location of Wireless Routers Must be Posted and a
Government Report To Be Prepared on Electro-hypersensitivity. https://ehtrust.org/france-new-national-law-bans-wifi-nursery-school/

We are aware that the United States allows it's Citizens, to be exposed to 500% more radiation per day, then all other industrialized counties of the world, including China! We know that no cellphone company in the world, can get insured for the untold damage that is being done to their human guinea pigs and our own homeowner's insurance policies, are exempt from covering damage being done to us, when we are inside our own homes, by the radiation we are being exposed too, coming inside our homes, from their antennas.

We know the International Association of Fire Fighters, OPPOSE the use of fire stations as base stations for towers and/or antennas for the conduction of cell phone transmissions until a study with the highest scientific merit and integrity on health effects of exposure to low-intensity RF/MW radiation is conducted and it is proven that such are not hazardous to the health of their members. http://www.iaff.org/hs/Facts/CellTowerFinal.asp

And we know that the scientific evidence citing that radio frequency, interferes with the ability of pollinating bees and other species to self navigate, which is so detrimental and devastating to those species, that the simple act of placing a cellphone next to a beehive, will cause total hive collapse! These species of bees are now on the Federally Protected Endangered Species List!

And we know from the over 5,900 Medical & Scientific studies cited above, including studies conducted by our own government, that the effects of exposing us to non-thermal radiation can cause symptoms such as;

For everything you need to know about this matter, please visit the Upland Radiation Report at UplandRadaition.wordpress.com

Care2
ANOTHER CELLPHONE TOWER, to be built at San Antonio Children's Park.
SHARETWEET