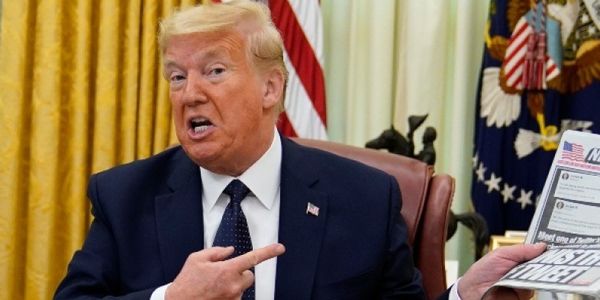 After protesters took to the streets, understandably outraged by the state sanctioned killings of George Floyd in Minneapolis and Breonna Taylor in Louisville, Donald Trump took to Twitter.

"When the looting starts, the shooting starts," Trump tweeted, not even bothering to conceal his call for violence and even murder.

The message was so vile and dangerous, that Twitter took the unprecedented step of hiding a tweet from the President of the United States.

But it's not enough. On a daily basis, often multiple times at all hours, Trump is stoking the flames of hatred and violence, cheering on the so-called "very fine people" who march under the nazi flag, defaming honest, hardworking journalist as "the enemy of the people," and encouraging cops to "be rough" with people who have not even been convicted of a crime.

The president has the largest megaphone on the planet, with or without Twitter and Facebook. Social media owes him nothing — but they do have a responsibility to the communities in which they operate, and right now, as long as they broadcast Trump's violent rhetoric, they are endangering those communities.