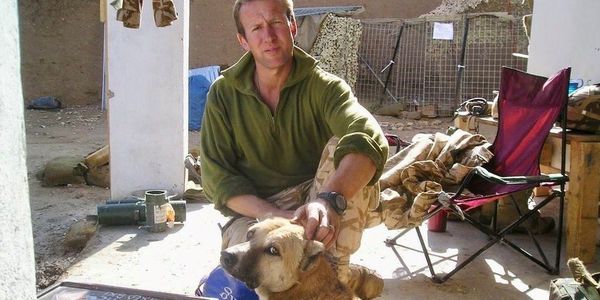 An ex-marine who set up an animal sanctuary is at risk of being punished by the Taliban in Kabul, Afghanistan

A royal marine veteran named Paul Farthing founded the animal sanctuary and charity Nowzad in Kabul, Afghanistan fifteen years ago, rescuing stray dogs and cats, companion animals, working equines, abused donkeys, and many other animals in need of care and attention. Paul, his staff, and all their animals are now at risk of being captured and punished by the Taliban Regime that has taken power in the capital city.

Act now and urge the UK government to assist in the removal and transport of these people and animals back to the United Kingdom and to safety!

This ex-serviceman and his staff have given so much to this country, its people, and animals, only to have their freedoms ripped away as the Taliban invade. The mission of this charity was to help, but now the UK Government is turning its back and not assisting this amazing man and his charity to get to safety. The staff at the Nowzad sanctuary don't fall under the two existing schemes for interpreters and British Government workers, which may mean that they could be abandonded in Kabul, with the female vets being taken hostage, made to marry and live out the rest of their days living at home, never being allowed to leave and having children with someone they hate.

There were many British soldiers who faught and died in Afghanistan for the freedom of the people including Paul Farthing and now the world is seeing the freedom, dreams, aspirations, and hopes of the people living here being once again ripped away. The British Government needs to take action and help Paul, his staff and his animals find safety in the United Kingdom.

Sign now and tell the UK Foreign Secretary Dominic Raab to take immediately action and help this ex-serviceman, his staff, and his animals seek refuge in the United Kingdom!

Care2
An ex-marine who set up an animal sanctuary is at risk of being punished by the Taliban in Kabul, Afghanistan
SHARETWEET