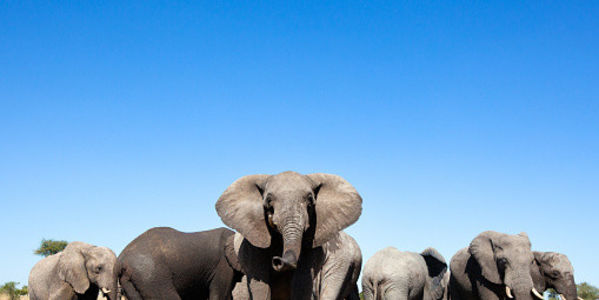 Keep Your Pledge to Save the Elephant

For any animal lover, the toll of the elephant massacre is staggering. 144,000 savanna elephants killed since 2007 - that's the entire population of Savannah, Ga, systematically, ruthlessly slaughtered in a decade.

Tanzania's elephant population has fallen by 60% since 2009.  100 are killed every day, 35,000 each year. And it has been like this for years. The world's elephants are on a steady, unrelenting, slow march towards extinction. Unless China - ivory's largest market - does something to stop it.

The center of the ivory smuggling trade is Shuidong, China. By some estimates "as much as 80% of poached ivory smuggled out of Africa and into China goes through this hub. This is a well known fact among conservationists and Chinese officials, and yet, despite their pledge to shut its domestic ivory market by the end of 2017, day after day more ivory tusks reach its shores.

Chinese gangs in the port town of Shuidong have cornered the market and are one of the largest threats to the animal's survival.  Without action, demand for the the "white gold" will end in the its demise.

China knows Shuidong is the the principal stop on the ivory road. It is time they act and apprehend the syndicates responsible for  mass killing of the planet's largest - and one of its most majestic - animals.

Sign the petition and ask China to crack down on the ivory smuggling gangs in Shuidong and keep their pledge to close its domestic ivory market.

Care2
Keep Your Pledge to Save the Elephant
SHARETWEET