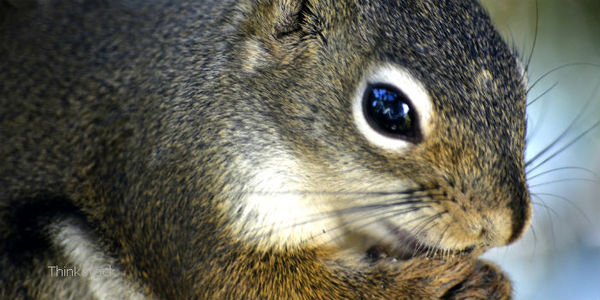 A new Jersey mom says she cared for two baby squirrels after their injured mother abandoned them - but only after a rehabilitator told her to “hang on to the animals ‘til spring.”

That was in July, Maria Vaccarella told New Jersey 101.5. But in October, after posting some photos on Facebook, Vaccarella said she got a visit from the state’s Division of Fish and Wildlife, clad in "squad gear," who took the squirrels she named George and Lola from her. She told News 12 New Jersey they didn’t say she'd done anything illegal.

Vaccarella wrote on her Facebook page that she was heartbroken and worried not knowing what had happened to the squirrels. Then, to make matters worse, Vaccarella says she was issued a summons for $500. Although NJ 101.5 says no “exact charge” was specified, the NJ Department of Environmental Protection does require a permit "to possess an Eastern gray squirrel," even though it allows people to care for injured animals.

But according to Vaccarella’s story, she did exactly what she should have done, and there seems to be no logical or legal reason to harass this woman for doing a good deed. Nevertheless, she says, the court raised her fine to $1000 and even threatened her with jail time. The next court date, says CBS New York, is January 27, so this is an URGENT matter!

Sign this petition to demand the charges against Vaccerella be dropped and the squirrels be placed in a rehab facility with Vaccerella allowed to visit.

To Monmouth County and New Jersey Department of Environmental Protection, Division of Fish and Wildlife:

Based on the testimony of Maria Vaccarella, provided via her Facebook page and several news sources, this woman performed an act of kindness towards the animals, a “crime” for which she is being charged, apparently for keeping them illegally.

This charge has so far not been dropped, in spite of what NJ 101.5 reports the state requires regarding injured and abandoned animals and Vaccarella’s testimony, indicating she did exactly as she was legally required to do. Vaccarella states that she contacted a rehabilitator who she said told her to keep the squirrels under her care through the winter and call back in May.

It seems that the state department should be investigating the conduct of its rehabilitators rather than harassing Vaccarella, who was apparently doing their job for them.

Even if Vaccarella, through some error on her part, failed to follow legal protocol, she obviously did not do anything out of a malicious intent or disregard for the well-being of these animals or anything that justifies the charges and fines imposed upon her.

As she told CBS New York, she never got a chance to get the squirrels into rehab because F&W agents showed up and took them.

At best, F&W actions are based on a misunderstanding of the situation, but by now the facts and their over-reaction to the incident should be obvious. Vaccarella is justified in her anger about having to go to court over this incident, and she is correct in describing it as a “waste of taxpayer money” as well.

Therefore, we, the undersigned, demand all charges against Vaccarella be dropped, and if the squirrels are not in proper rehab to place them there with Vaccarella having rights to visit them. This kind woman also deserves a public apology and compensation for these retaliatory actions against her.