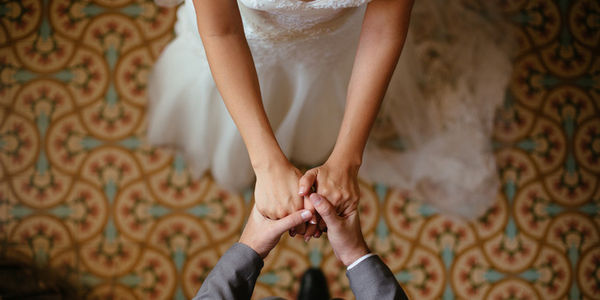 Forced Child Marriage Is Being Used as a Means to Immigration

In the U.S., children are barred from all sorts of things before their 18th birthday and they continue to face even more limitations as they grow into full adults, but when it comes to marriage, our laws suddenly become surprisingly lax. In fact, child marriage is still legal in 48 states.

And sadly, it turns out that a number of people are taking advantage of these lax child marriage laws and using them to petition for immigration of children from abroad or to marry American children.

Please sign the petition to ask the U.S. to clamp down on relaxed child marriage laws, especially when it comes to immigration!

Right now, a person in the U.S. can apply to bring their child bride over from another country as long as the marriage would be legal in the person's country of origin and in the state where the U.S. citizen lives. It turns out that the bar is very low to fulfill those requirements. In fact, in many U.S. states and countries, there is no floor on how young a person can marry.

In 2017 alone, at least 5000 adults sought to bring an underage (under 18) spouse into the country and 3000 children in the U.S. sought to bring in an adult spouse. But in these cases, the children don't have autonomy. They are often being forced or are too young to really make a decision on whether or not they want to be married — and the stories of abuse in these marriages are terrifying.

What kind of country do we live in where we're OK with letting children be exploited and forced into marriage? Let's put an end to this child abuse, especially since it's largely harming young women.

"Child marriage—which, as this report documents, in the overwhelming majority of cases involves an underage girl marrying an adult man—is associated with girls dropping out of school, sinking into poverty, being at greater risk of domestic violence, and with serious health risks, including death." - Heather Barr, a senior researcher on women's rights at Human Rights Watch, told Newsweek.

Please join us in standing for young girls everywhere and demand the U.S. ends child marriage here so that no more people can exploit a child in order to immigrate.
Sign Petition
SHAREShare this petition with friends!TWEETEMAILEMBED
Sign Petition
See more petitions:
You have JavaScript disabled. Without it, our site might not function properly.