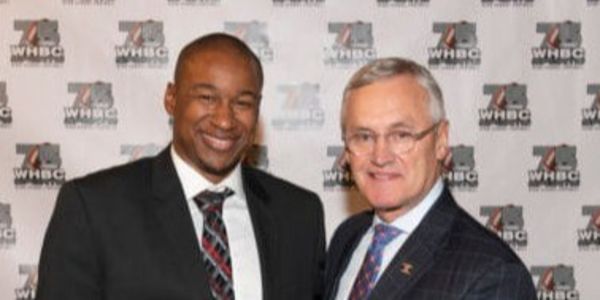 The Canton City School District has made a grave and indefensible mistake in firing McKinley head football coach Marcus Wattley and assistant coaches Frank McLeod, Zachary Sweat, Romero Harris, Cade Brodie, and Tyler Thatcher, after malicious lies were spread that they forced a player to eat pork (pepperoni pizza), against his Hebrew Israelite religion, at a team training session on May 24, 2021.

The false accusations against these coaches immediately led to sensational headlines nationwide, including in The New York Times, Washington Post, and ESPN.com.

Making matters worse, on June 3, Canton school officials reacted to these accusations by firing these coaches based on a rushed and extremely faulty investigation, despite our insistence, echoed by many in the community, that a more deliberate approach was warranted.

We shortly learned that in its so-called investigation the district only interviewed three players who witnessed the event, senior team-leaders, all of whom (1) rejected the false accusations, informing the district that the coaches did not force the player to eat anything, that he was offered chicken nuggets instead of the pepperoni pizza, and that he was free to leave at any point; and (2) told district officials that they wanted their coaches to be returned to their jobs.

The evidence also confirms that these coaches did not do anything that would not be entirely within any high-school coach's discretion to do. That is, to ask a player who had violated team rules—including by his admitted off-campus marijuana use that was apparently causing him to display increased disrespect and insubordination to his coaches and teammates—to sit and eat a meal while his teammates perform physical exercises to teach him a lesson about selfishness, responsibility, accountability, and teamwork.

This is no different in kind than asking a player or his teammates to run laps or perform other physical exercises to teach a similar lesson, the latter of which happens in countless instances, every day, at high-school athletic practices nationwide. Here, rather than give up on a player who was not motivated by these more traditional methods, these coaches redoubled their efforts, and have effectively been punished for their extraordinary commitment to the well-being of this young man, who, as phone records and other evidence will show, understood both the need for and purpose of this lesson, thanked his coaches for it, and apologized to his teammates at the next day's voluntary training session where he was one of the first players to show up.

Based on this evidence, and much else, summarized in detail here ---

--- we are asking all concerned members of the public to sign this petition to join our call, echoed by every Canton McKinley football player who has gone on record to discuss this incident to date, including senior team leaders Mani Powell, Tay'Shaun Bandy, and David Smith Jr., that the district immediately reinstate these coaches to their jobs.

These coaches have never been disciplined for any misconduct in their careers, and Marcus Wattley was hired precisely because of his superlative qualifications for the job, including as the appointed successor of legendary coach Dan Boarman at Akron St. Vincent/St. Mary.

Since being hired at McKinley in 2019, Wattley and his staff have rebuilt the culture and consistently demonstrated their extraordinary commitment to the well-being of their players, who have explained that these coaches have acted as fathers to them, communicating with them regularly to ensure they were eating well, attending class, completing their schoolwork, and were otherwise safe and healthy.

To throw this all away based on these false accusations is nothing short of a tragedy. Canton is the Hall of Fame City and its school district officials should be able to acknowledge a Hall of Fame mistake, so that the whole community can learn a Hall of Fame lesson that will make it stronger than ever. Again, please sign this petition to urge district officials to do the right thing, and please contact us at the Pattakos Law Firm (peter@pattakoslaw.com, 330.836.8533) if you wish to share any information about this matter or otherwise want to show your support for these coaches.