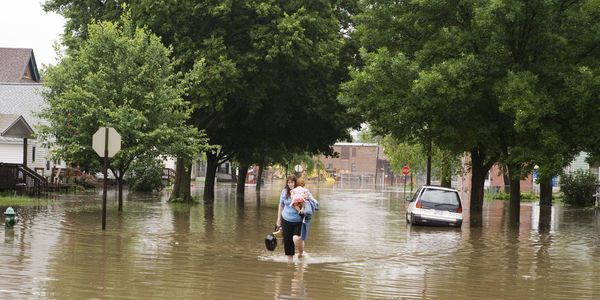 Across the country, flooding and other disasters are directly impacting Americans' livelihoods, critical infrastructure, supply chains, and ecosystems. Over the last 20 years, storms, wildfires, droughts, and other extreme events in the United States have caused more than $1.5 trillion in damage and economic losses, and this year is no different. Floods in Ohio, Oklahoma, Kentucky and Mississippi have wreaked havoc on lower income communities while wildfires and droughts in Western states continue to put enormous strains on both rural and urban residents. Immediate action is needed to establish a coordinated, national disaster preparedness strategy that saves lives, taxpayer dollars, and prevents losses to local businesses.

This bill would establish the nation's first-ever federal Chief Resilience Officer (CRO)— a role focused on cutting through red tape to ensure that taxpayer dollars are well spent on the communities that need it the most. In partnership with local voices, nonprofit organizations, and small businesses, the CRO would establish a national adaptation plan to enhance and streamline federal resilience efforts by making federal resources more easily accessible for cities, counties, tribes, and states in advance of disasters.

Let's safeguard our hospitals, schools, roads, and other critical infrastructure. Join us in sending a strong message to lawmakers: we are in urgent need of a national resilience strategy to protect American communities.

As your constituent, I urge you to support S. 3531, the National Climate Adaptation and Resilience Strategy Act (NCARS) and enact the legislation this Congress. This bipartisan bill will better prepare communities and infrastructure from the increasing damage caused by natural disasters. Last year alone, we saw over $152 billion in damages from weather and extreme climatic events.

The legislation would establish a federal Chief Resilience Officer (CRO) to take stock of federal inefficiencies and barriers to building disaster resilience. The CRO would work in coordination with federal agencies, local and state governments, nonprofit organizations, and the private sector to develop a national resilience plan that includes opportunities to address those challenges, streamline federal support, and ensure taxpayer dollars are spent wisely when reducing risk before disasters strike.

I encourage you to support this bill and move it forward this year. The constant threat of disasters spanning floods, hurricanes, wildfire, drought, and other impacts require urgent action. The NCARS bill would help better prepare our communities and infrastructure through a coordinated, efficient response across all levels of government.