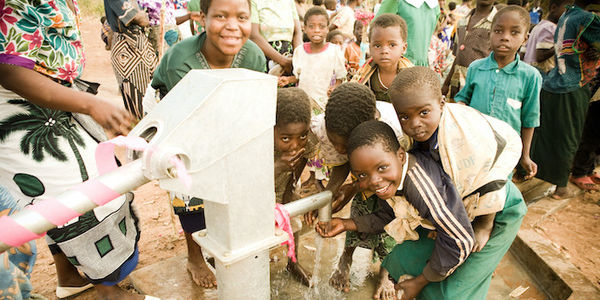 Water is Precious! Pledge to Flush One Less Time on World Water Day

For those of us in the West, getting water is as easy as turning on the faucet. But every day, millions of women and children in rural Africa walk an average of three miles to access water.

Making matters worse, around 159 million people collect their drinking water from surface sources, such as ponds and streams.

This increases their risk of exposure to water-borne illnesses like diarrhoea, cholera, dysentery and typhoid, which kill 315,000 children each year. That's why Water Wells for Africa (WWFA) installs water wells in Malawi providing clean, accessible water to thousands.

In an effort to raise awareness for these communities, we're asking thoughtful supporters like you to flush one less time on World Water Day, March 22.

By being more mindful of how precious and necessary water is in our everyday lives, and choosing to spare water whenever possible, you're standing in solidarity with the communities who do not have the same access to water that we do in the West.

Sign our pledge today to commit to flushing the toilet one less time on world Water Day.