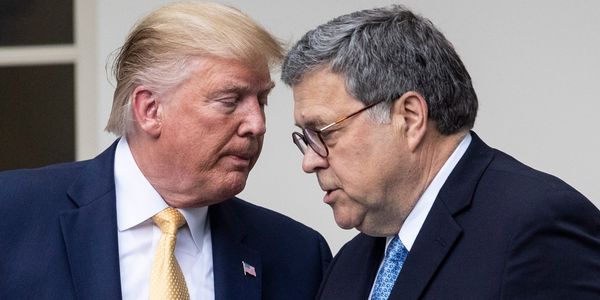 In his brief second tenure as Attorney General, William Barr has transformed the role of our nation's top law enforcement officer into a corrupt consigliere for the president's private interests, abandoning any pretense of impartiality or restraint.

After going out of his way to delegitimize the devastating findings of the Mueller report, Barr was implicated by the president in the Ukraine scandal, and multiple news sources revealed he's traveled abroad (at American taxpayers' expense) to meet with officials from Italy and Great Britain to urge them to baselessly "investigate the investigators" of the Russian election meddling conspiracy. Not content with merely appeasing President Trump and his desperate desire to validate victory in 2016, Barr has now reportedly turned this fishing expedition into a full-blown and completely unwarranted criminal investigation.

This follows recent reports of a private, one-on-one meeting with Fox News chairman, Rupert Murdoch, at a time when the reliably pro-Trump propaganda news channel has begun to report a bit more critically on the president's bounty of misdeeds.

The responsibility bestowed upon the Attorney General is solemn, the power grand. And when the nation's top lawyer for the federal government decides to behave like the president's partisan attack dog, we find ourselves in a crisis of historic magnitude without modern precedent.

Demand that the American Bar Association investigate William Barr for disbarment for failing to faithfully execute his duties as Attorney General and for blatant misuse of government resources. The office of Attorney General serves the people of our country, not the current occupant of the White House.