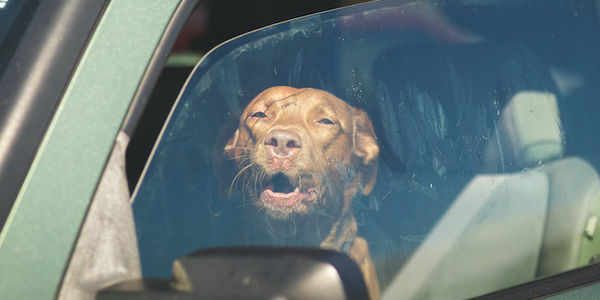 Her Dogs Cooked to Death in a Parked Car. Tell Missouri to Let Bystanders Rescue Pets Trapped in Hot Cars!

As the temperature climbed higher and higher, the two dogs were desperate to escape. Clawing at the doors, they hoped their human mom would come rescue them soon. Surely she couldn't leave them to die like this? They trusted her, believing she'd come back soon. But by the time she did return, they were both lifeless.

Their mom owned a business for dog training in the St. Louis, Missouri area, but she wasn't yet a professional dog trainer herself. As she sat through an hour-long lecture on how to pursue this career, her dogs were broiling to death in her car. But according to state law, no one was allowed to rescue her babies.

Sign the petition to demand that Missouri allow good samaritans to save dogs before they cook to death in hot cars!

The unnamed owner knew it was going to be a hot day, with temperatures reaching well above 90 degrees Fahrenheit outside, so she tried to plan accordingly. She left her keys inside the car with her two beloved pups, a Labrador retriever and a German shepherd, so the car could run and keep the air conditioning flowing through the vehicle.

She thought this would keep her animals cool and safe until she finished her training and came back. But her car ran out of gas and stopped running while she was gone. As a result, the cooling air shut off, leaving her animals trapped and helpless inside the increasingly-hot car.

According to the Humane Society of Missouri, it only takes a few minutes for temperatures inside a vehicle to "soar past 100 degrees" Fahrenheit. Within 10 minutes, the inside temperature is, on average, a full 19 degrees hotter than outside.

Leaving animals alone in a locked car is never okay — not even with the car on and the air conditioning running. If a human isn't there, they have no way to be sure that the animals are actually safe and cool enough. These poor babies didn't understand what was happening to them. They deserved better, and so does every other pet out there. No dog, cat, or any other animal should die in this terrible, helpless way.

Passersby should be empowered to save lives in these types of situations, but in Missouri, they're not. In fact, in Missouri, it is illegal for bystanders to do anything other than call law enforcement — even though it's a state with extremely hot, dangerous summers.

Luckily, some states are taking action. In 2019, California passed the "Right to Rescue," which legally protects people who rescue pets from locked, hot cars as long as they call police first. Ten other states have also passed "hot car" laws giving civilians the right to protect animals from this kind of neglect and torment.

Missouri needs to show that it values the lives of our companion animals. Demand that the state pass its own "Right to Rescue" law now!