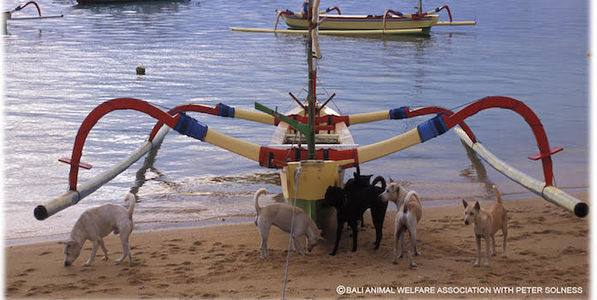 BAN THE POISONING OF BALI’S DOGS!

In Bali, dogs are dying sudden, agonising deaths every single day. A recent spike in cruel and senseless poisonings of innocent dogs is now becoming an animal welfare crisis that demands urgent action.

We at Bali Animal Welfare Association (BAWA) are receiving calls almost daily from dog owners and caregivers in absolute anguish, having just lost their happy, healthy, beloved pets and community dogs to the evil of deliberate poisoning.

Innocent dogs are going out for morning walks and never making it home after finding poison in their path. Beach dogs, minding their own business, are fed poison-laced food and later found dead in the sand. Owners are waking to find their dogs lifeless in their yards, poisoned with bait thrown over the fence. Dogs collapse convulsing in the street and their bodies are swiftly snatched up by probable dog meat traders only moments after taking their last breath.

Lives are taken in a matter of minutes in this cruel and cowardly way, every single day.

Dogs have been an iconic part of the Balinese landscape for thousands of years and have always lived harmoniously alongside human society. Yet recently, it has become commonplace for dogs to be poisoned without a second thought.

Whatever the motivation might be for this widespread, non-stop killing - there is absolutely no justifiable excuse to take the life of an animal in such a barbaric way.

Bali is desperate to recover its image as a tourist paradise, yet part of this plan appears to be the elimination of every beach dog and street dog from sight. This deplorable attitude towards animal welfare is doing nothing but to encourage would-be tourists to swear never to return to Bali's shores until the inexcusable cruelty stops.

We appeal to the Bali government: It is time to acknowledge the massive number of dog lives lost to cruel and deliberate poisoning every single day, and the bad reputation this is gaining for Bali as a place that wantonly kills innocent animals.

We appeal to YOU: Tell the Bali government that they must prohibit the indiscriminate and unpunished poisoning of innocent, beloved dogs!