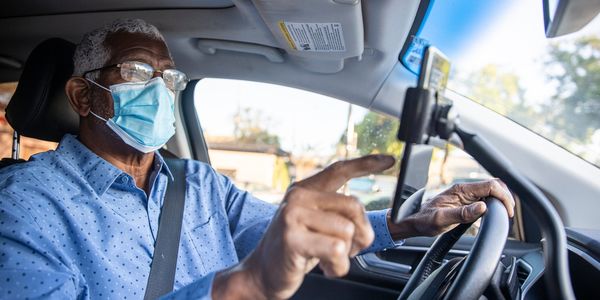 Uber and Lyft Have Spent Over $1 Million on Ads to Beat a Policy Which Protects Workers!

Uber and Lyft are notoriously terrible employers. From huge percentages of drivers making less than minimum wage, to the lack of benefits because their workers are not considered "employees," it is no secret that these companies care more about profit than the drivers who keep their business running. Now, both corporations are spending millions opposing legislation which would allow gig workers to unionize and make demands.

Sign now to demand the Senate protect workers and vote yes on the PRO Act!

The Protecting the Right to Organize (PRO) Act would shift the definition of "employee" to include more people within the coverage of the National Labor Relations Act. This is an objectively good thing for workers, as it protects their rights and allows them to collectively bargain. This is exactly why the Senate must pass it.

To no one's surprise, both Lyft and Uber are investing massively into campaigns to oppose legislation that would require them to potentially take better care of their workers. They are making anti-worker propaganda ads that repackage below minimum wage work as convenient, high-quality employment to Americans and their legislators. But we won't allow their tactics to succeed.

Unions help all workers, even those who are not in unions. Yet since 2016, less than 10% of the U.S. workforce is unionized – a dramatic decline from the height of union power in the middle of the 20th century. The PRO Act gives workers the right to choose and defend themselves against the greedy actions of their employers.

Gig workers make up a growing percentage of all employed people in the U.S., and they deserve fair wages and the right to bargain as much as anyone else.

The Senate must stand with gig workers and vote yes on the PRO Act. We cannot let Uber and Lyft's bullying tactics convince legislators otherwise! Sign now if you agree!

Care2
Uber and Lyft Have Spent Over $1 Million on Ads to Beat a Policy Which Protects Workers!
SHARETWEET