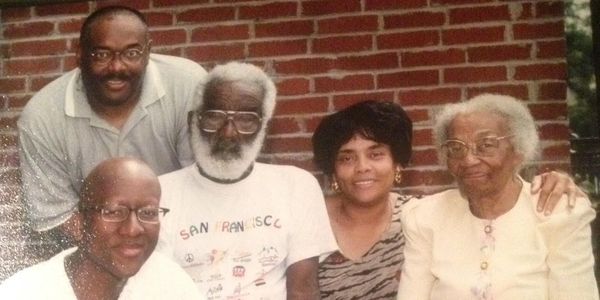 Forest City Ratner is the real estate developer responsible for the 2003 $4.9 billion dollar Barclays Center/ Atlantic Yards project consisting of 16 luxury high rise residential buildings and 1 arena that orchestrated the displacement of low to middle income families from downtown Brooklyn by the use of  eminent domain.

Please sign the petition to demand Greenland Forest City Partners release the Campbell Family's personal property and relocate them back immediately to a comparable home in the neighborhood that their family has lived in for the last 60 years.

Since 2003, Brooklyn residents have been fighting the construction of luxury condos and the 19,000 seat stadium known as the Atlantic Yards Project.  Rebranded as Pacific Park in 2014, much has been written about  use of eminent domain to displace low-to middle income residents and the rapid gentrification of Downtown Brooklyn. In the end some homeowners were offered attractive buyouts for their homes, and others were offered far less and pushed into other neighborhoods. Tenants were also displaced along with the loss of much of the affordable housing stock in the neighborhood.

Of course there were also racial disparities in regard to displacement. There were two phases of construction. The first phase was the construction of Barclays Center. The second construction of 16 residential and office towers. The residents who lived on the land in the first phase, were largely white, newer to the neighborhood, some only living there for under 6 months and were offered 95-150% over the values of their homes.  Meanwhile, homeowners displaced by the second phase of construction, were only offered one-half of the value of their homes and were largely comprised of families of color who had lived in neighborhood for decades.

The Campbell family are just one of the many examples of how gentrification specifically impacts people of color. Here is Jerry’s own words:

Jerry’s Story “Our home was a veritable social club where three generations of family lived, celebrated holidays and enjoyed summer cook outs in our garden that featured in an Annual Garden District Walk. With the birth of our son we envisaged a fourth generation doing the same.

Our house once described as deserving of the "Most-Endearing-House-in-the-Five-Boroughs Award"(http://www.nysun.com/real-estate/brooklyn-neighborhood-resists-eminent-domain/56045/) was built in 1825 and was one of the oldest in the historic district of Prospect Heights, Brooklyn. Every square inch of it was lovingly restored by my grandfather and I. It was the house my granddad bought when no one wanted to live in Brooklyn and the one he poured his heart, soul and sixty years of his life in to, to make it our beloved home. My grandfather died believing he was leaving this legacy for his family.

We have lived in limbo from 2003 when the Atlantic Yards project was announced until 2014, when our homes were seized by eminent domain. 11 years of not knowing if tomorrow was the day we would find we had to go. Construction for the Barclay Center began in March 2010 and this is the day we truly lost our home. Living two houses away from Barclays Center while it was under construction was like living on the actual construction site! Earth shattering noise that made it impossible to sleep at night, never-ending dust and thanks to Forest City failing to contain their excavation site, rat infestation. In May of 2015, Forest City Ratner came to our house, put locks on our doors, and kicked us out. There was no negotiation. They simply dictated a dollar amount they would pay. An amount that could not buy a one-bedroom apartment on our street let alone a six-bedroom four-storey townhouse that we lived in. A good faith offer, as required by law, was never made. There is a double standard at play here and it is blindingly obvious.(http://atlanticyardsreport.blogspot.com/2008/04/revisiting-that-may-2004-daily-news.html).

Equally clear, is Forest City Ratner's claim that Atlantic Yards was designed to benefit the "historically most disadvantaged segments of Brooklyn's communities" was all marketing. Members of these communities have been systematically cheated of their generational wealth by this project. Residents, who in many cases, sowed the seeds of economic development in Prospect Heights over half a century ago by investing in row houses. Arguably, it is these residents who made the neighborhood what it is today. There is no legitimate reason why Greenland Forest City should extend preferential treatment to Menachem Friedfertig (http://atlanticyardsreport.blogspot.com/2011/02/winning-lottery-speculator-whodamned.html), for instance, a self-described speculator who lives in Crown Heights but ethnically cleanse the longest standing residents from the neighborhood. Why should the beneficiaries of my grandfather’s hard work and vision be Greenland Forest City Partners and not his family?”

Let them know that: