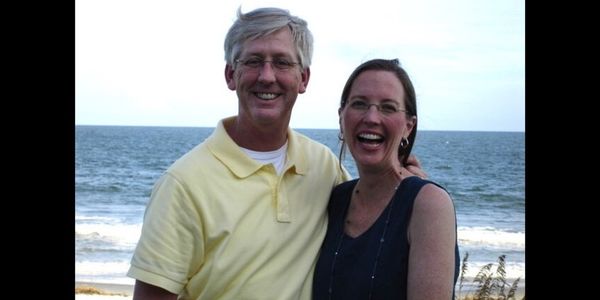 He Needed Prescription Painkillers to Live. The Government Cracked Down, and Now He's Dead.

The opioid epidemic has claimed countless lives in the U.S. Often prescribed as a pain management drug, its use surged far beyond the practical need, until it was destroying families and individuals' lives. And this was all to fund drug companies' profits.

In one particularly egregious case, pharmaceutical corporations sent nearly 21 million prescription painkiller pills to a small West Virginia town, over a one-decade period. Only around 3,000 people lived in that town.

Now, the U.S. government is finally rectifying this situation by regulating the use of opioids like fentanyl more strictly. But in a shocking twist, medical experts say the government is "overcorrecting" and even denying prescription painkillers to patients who truly need them!

Sign the petition to demand the U.S. Drug Enforcement Agency (DEA) revise and rethink its strategy.

For one couple struggling with chronic, debilitating pain, that led to the worst case scenario. In early November 2022, Danny and Gretchen Elliott died by suicide. This came one week after the DEA banned their doctor from prescribing legitimate opioid pills.

Danny Elliot was 61 years old. When he was 30 years old, he was draining a flood in his basement when the equipment malfunctioned. It electrocuted him for almost 15 minutes, nearly to the point of death. Ever since then, he described experiencing horrific chronic pain that felt "like my brain is loose inside my skull."

He tried everything - everything. But opioids were the only thing to help him function and keep his life on track, and to hold back the pain.

The DEA cracked down on his doctor, then the next doctor he found, and then finally the next. Three doctors in a row. Each time he had to find a new doctor meant returning to his previous levels of piercing head pain. A family member noticed "a level of desperation I hadn't seen before."

That's when he sent his brother a "suicide email." He wrote:


"I just can't live with this severe pain anymore, and I don't have any options left. There are millions of chronic pain patients suffering just like me because of the DEA. Nobody cares. I haven't lived without some sort of pain and pain relief meds since 1998, and I considered suicide back then. My wife called 17 doctors this past week looking for some kind of help. The only doctor who agreed to see me refused to help in any way. What am I supposed to do?"

That day, police found Danny and his wife laying in their home, dead.

Obviously the opioid epidemic represented a period of gross negligence and lack of governmental oversight that prioritized corporate profits over human lives. But we must not go so far in the opposite, extreme direction that it costs even more lives!

Sign the petition to demand that the DEA revise its opioid regulation strategy! It must find a balance between cracking down on opioid misuse or over-prescription, and maintaining access to this important pain management tool for legitimate uses. No one else should die from suicide due to chronic pain!
Sign Petition
SHAREShare With FriendsTWEETEMAILEMBED
Sign Petition
See more petitions:
You have JavaScript disabled. Without it, our site might not function properly.

Care2
He Needed Prescription Painkillers to Live. The Government Cracked Down, and Now He's Dead.
SHARETWEET