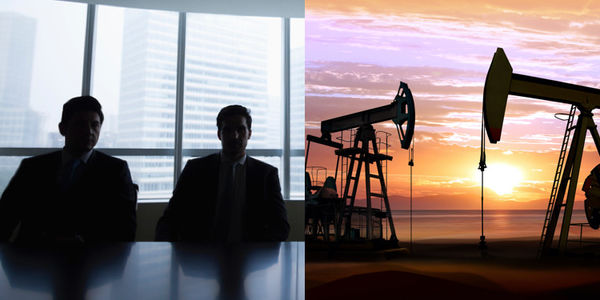 We are almost certainly going to hit 1.5 degrees Celsius warming. It's now all but guaranteed, according to a huge new report the U.N. just released. Already, we've raced past the 1 degree warming point, and are likely to hit 1.5 degrees within the next 10 years. Climate change has successfully pushed us to this point — and we as humans successfully pushed climate change to become the powerhouse that it is.

The main reason the U.S. hasn't tackled climate change yet? Corporate lobbyists from dirty fossil fuel and automobile corporations that spend millions ensuring their profits are lawmakers' priority — instead of the future of the world.

Sign the petition to get corporate lobbyists OUT of politics!

Even though wildfires are racing through huge parts of the United States, drought and heat waves are assaulting many areas of the globe, and storms such as hurricanes are worsening, global leaders — especially those in the U.S. — have been slow to act. Every year we waste, climate change becomes a more intense, fearsome monster, growing stronger and stronger and gobbling up more of our future.

The next big milestone that we, as a society, MUST AVOID hitting, is when the Earth warms to 2 degrees Celsius past the baseline point from pre-industrial years.

According to scientific experts who consulted with The Washington Post, if warming continues past the 2-degree mark, which they consider "all but certain at the current pace of emissions," our world will begin to look unrecognizable. Coral reefs would be gone. Sea levels would rise more than six feet, swallowing cities by beaches and coastlines (such as Florida). The Greenland ice sheet would be no more. And incidents such as heatwaves, droughts, wildfires, extreme weather events, and more would get so, so much worse.

This affects us. This affects endangered species, including dolphins, whales, monarch butterflies, migratory birds, leatherback turtles, koalas, polar bears, bees, and more. It affects our children, and their children, and our whole international community.

There's no room for regressive corporate money-grabbers in this "debate." There shouldn't even be a debate! Climate change is coming for us, and if we allow petroleum companies to continue dumping boatloads of cash in lawmakers' wallets and whispering in their ears, then it will be toast for the Earth.

We can't let that happen. We MUST get corporate money and corporate lobbyists out of the halls of Congress!

Congress says it wants us to trust it more. It can start that process by passing new, pro-democracy, pro-people, pro-environmental legislation.

Money in politics has been bad for our health, our safety, our children, the world's wildlife, and of course our Earth itself. Demand that President Joe Biden work together with Congress to pass legislation banning corporate lobbyists from influencing politics!
Sign Petition
SHAREShare this petition with friends!TWEETEMAILEMBED
Sign Petition
See more petitions:
You have JavaScript disabled. Without it, our site might not function properly.