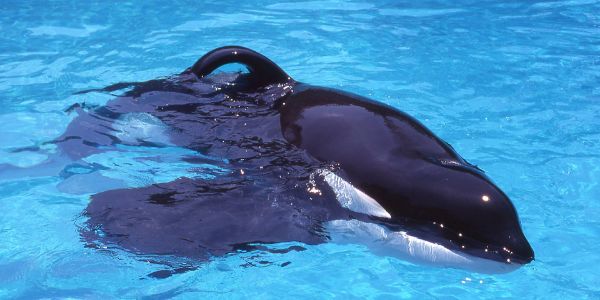 Save Lolita, The 55-Year-Old Orca! Move Her To A Sea Sanctuary!

CARE2 UPDATE 10/10/2022: We have bad news. Experts and advocates now fear that Lolita "may never see freedom" as her health continues to decline, her condition becomes more fragile, and the Miami Seaquarium keeps dragging its feet. The facility that has held her captive for over 50 years is wholly responsible for the tragic condition Lolita is in today; she should be living in the wild, where orcas have longer lifespans and better health (it's believed that Lolita's mother still lives in the waters off of Washington and Oregon!). We must keep fighting for Lolita -- we cannot allow her to die in captivity!
---
CARE2 UPDATE 8/22/2022: Good news! It looks like Lolita might finally get the freedom she deserves! The Miami Seaquarium was sold to a new owner who is open to discussions about releasing Lolita. Now, the Friends of Lolita foundation is working with the Whale Sanctuary Project to work on her eventual release. While this is promising, we must make sure Lolita is actually freed. Keep signing and sharing the petition to free Lolita!
---
CARE2 UPDATE: We have good news! Lolita has been officially retired from performing at the Miami Seaquarium. She will no longer be forced to perform trick after unnatural trick as loud, upsetting crowds watch on. But the fight for Lolita's freedom is not over, as it remains to be seen whether or not she will be moved to a sanctuary or released into the wild where she can live out the rest of her days in the proper environment for an orca like her. Keep signing and sharing the petition to free Lolita!

Just over 50 years ago, a young, wild orca named Lolita was caught off the coast of Washington. Shortly after, she was transported all the way to Miami and has been trapped in captivity ever since. But Lolita is reportedly gravely ill, meaning it is more important than ever that she be transported to an environment where she can joyfully thrive, especially if the end of her life is near. Just like humans, animals deserve to both live and die with dignity.

Sign the petition now to demand that The Dolphin Company transport Lolita to a sea sanctuary while she is healthy enough to be transported!

Lolita, like so many animals caught in the wild and forced into zoos and aquariums, has spent the vast majority of her life confined into a much smaller space than her natural ocean habitat. Like other whales and dolphins, Lolita is extremely intelligent and social, but given her captivity, has only been able to interact with one other Orca. That fellow whale who she shared captivity with, named Hugo, died tragically after years of self-mutilation - unfortunately typical of giant sea creatures trapped in small tanks. She has been completely alone at the Miami Seaquarium ever since.

Because of the extremely unnatural conditions of captivity, cetaceans are unable to live the full, vibrant lives that they would in the wild. Orcas in the ocean can swim up to 40 miles per day, and dive 100 to 500 feet deep multiple times per day. Whales and dolphins play, explore, hunt live prey, and develop complex social relationships - all of which are impossible to do in captivity.

It is unclear how much longer Lolita has to live, and essential that she is moved to a sanctuary while still healthy enough to be transported. There are other ways for people to learn about Lolita and orcas in general that are not dependent on her continued suffering. Sign the petition now to let The Dolphin Company know that the ethical and responsible thing to do is to transport Lolita to a sea sanctuary!
Sign Petition
SHAREShare With FriendsTWEETEMAILEMBED
Sign Petition
See more petitions:
You have JavaScript disabled. Without it, our site might not function properly.

Care2
Save Lolita, The 55-Year-Old Orca! Move Her To A Sea Sanctuary!
SHARETWEET