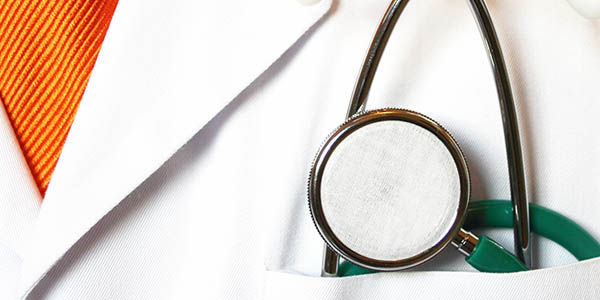 The Department of Health for the United Kingdom is trying to make changes to junior doctors' working contracts.

According to the British Medical Association (the BMA), the imposition will result in the removal of vital safeguards that prevent junior doctors from having to work dangerously long hours.

There are no planned legal penalties for employers exploiting working hours, break-times are planned to be reduced and "standard time" which was once set at 7am to 7pm Monday to Friday is scheduled to increase to 7am to 10pm Monday to Saturday, resulting in a potential 90 hour working week. Only nights and Sundays are to be recognised as shifts deemed worthy of higher pay.

Pay progression is also set to change, raising fears that those wanting to start a family may avoid entering the medical profession.

Junior Doctors already work very long hours with massive amounts of responsibility and after graduating are left with a student debt 25% higher than non-medical graduates.

Please sign the petition now to show your support for striking junior doctors, and to demand that Jeremy Hunt, the Health Secretary, scraps these dangerous proposals to change junior doctors' working conditions.

Support our NHS staff and the junior doctor strikes!

In 2012, the Department of Health for the United Kingdom announced that changes needed to be made to junior doctor’s working contracts which sparked negotiations between the British Medical Association (the BMA), independent advisory board Acas and National Health Service (the NHS) employers. Talks “broke down” in October 2014, when the BMA (the trade union and professional association for doctors and medical students in the UK) refused to accept an “imposition” on junior Doctors scheduled from August 2016.

The disagreement became more heated until plans towards strike action were made in November 2015, the first of its kind in the history of the National Health Service. Just hours before the first scheduled strike on Tuesday 1st December last year, Health Secretary Jeremy Hunt agreed to lift the “threat” of “force(d)” contracts (The Guardian reports). Now however, strikes have been rearranged after talks have broken down once again, with the first scheduled for January 12th.

Various junior doctors have told media sources that “striking is the last thing (they) want to do”. These sentiments are echoed by senior figures in the BMA such as Doctor Mark Porter who recently told the BBC “we do feel as if the government has left us with no choice”. Dr.Porter also refuted the claim made by the government that an agreement had been reached on “15 out of 16 issues”.

Above all concerns are growing around the future of the NHS. Junior doctors are now seeking to work elsewhere and there are huge concerns about the quality of patient care under such stressful conditions.

Nurses and other NHS staff are also being given a raw deal and facing redundancies, the removal of bursaries and shifts becoming longer. There is no doubt that the NHS is in need of reforms, despite organisations such as the New Economics Foundation and the Commonwealth Fund reporting positively about its performance. According to the NEF, the NHS is "rated more highly than any other comparable health service in the world. At a total cost of £1,700 per head of population, in 2014 it was ranked first among 11 high-income countries for efficiency". Be that or not, there are powerful ideological arguments in support of free at the point of use healthcare. Many organisations fear privatisation will result in money being drained from healthcare services in support of capitalist accumulation as seen similarly in the global recession. The NEF reports that there is no evidence to show "that market mechanisms can improve efficiency and quality of care". With recent disillusionment regarding tax-dodging and large businesses avoiding corporation tax, concerns over why the NHS isn't receiving more funding are rising.

According to Unison (the public service union), it is "facing threats more serious than at any time in its history" due to the Conservative government's budget cuts. Let’s support NHS staff and speak up for our publicly-funded National Health Service.

If you would like, please email Jeremy Hunt at huntj@parliament.uk (or tweet @Jeremy_Hunt) and feel free to use the following template letter:

I am writing out of concern over the proposed changes the Department of Health aim to impose on junior doctors' working contracts in 2016 in England.

The BMA lists some of these as:

- The removal of “vital safeguards” that prevent junior doctors from having to work “dangerously long hours”.

- The removal of legal penalties for employers aiming to exploit junior doctors and their working hours.

- The planned reduction of break times.

- The planned increase of “standard time” working hours once set at 7am to 7pm Monday to Friday and scheduled to increase to 7am to 10pm Monday to Saturday, resulting in a 90 hour working week and no extra pay on Saturdays or shifts extending until 10pm (excluding Sundays).

- That changing pay progression rates may discourage those wanting to start a family to avoid entering the medical profession, or those willing to take time out to specialise to earn a PhD for example.

Do you acknowledge that junior doctors are often over-worked already and left with a student debt of 25% higher than non-medical graduates? Can you please reassure us that these changes wouldn't damage the future of the NHS.