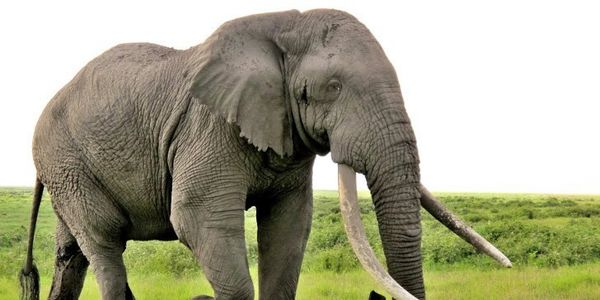 eBay: Stop contributing to the extinction of elephants & other endangered species

The black market for endangered wildlife is thriving, with eBay caught listing illegal ivory and other species under threat on its website.

eBay prohibits the sale of items from endangered species on their site, yet a massive amount of these products manage to fall through the cracks, contributing to the poaching of species like elephants, tigers, and orangutans.

Ivory has traditionally been trafficked by sophisticated syndicates, but these items are now appearing on online auction sites. The number of species being bought, sold and exported has more than doubled since 2008, with bones, skins and animal teeth all regularly traded online.

Authorities say the estimated $22 billion global trade is adding to the decline of species around the world, particularly elephants and rhinos illegally poached in Africa.

About 6 per cent of seizures globally between 1996 and 2008 were traced back to Australia, a new report by the International Fund for Animal Welfare (IFAW) said.

Without realising it, buyers may be contributing to the decline of threatened species, simply by purchasing what initially looks like a bargain.

eBay says it's working with conservation groups to address the issue, but they need to do more. Please sign the petition and demand that eBay take immediate action to stop the online wildlife trade.

Care2
eBay: Stop contributing to the extinction of elephants & other endangered species
SHARETWEET