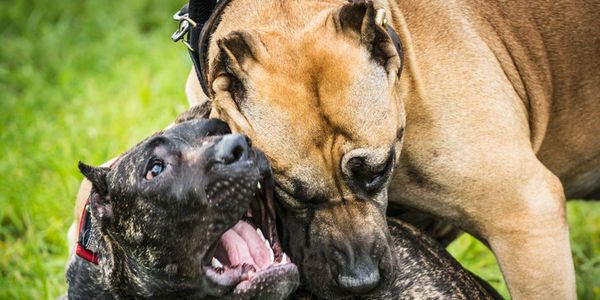 Tragically, dog fighting seems to be on the rise. This cruel practice is outlawed most places, but enforcement is spotty. Now, we've learned that when people list dogs for free on Gumtree, dog fighting rings are grabbing them up!

Sign the petition if you want to ask Gumtree to quit allowing for free dog posts to be hosted on their site.

Dog fighting is a disgusting practice. Humans abuse dogs, usually breeds like pitbulls, terriers and similar breeds and force them to fight one another to the death. The money comes from people wanting to watch and bet on which dog will win. This is honestly an extremely heinous practice and no living being should be made to fight to the death. They starve and beat the animals in order to bring out their most aggressive behaviors, behaviors that would never have come out in a kind setting.

Some websites, like Facebook and Craigslist, have realized this is happening and are moving to end the sale of animals on their sites completely to try to crack down on the practice. Now we need to ask Gumtree to do the same thing.

The investigation that uncovered the fact that Gumtree is contributing to dog fighting rings has also shown that this is not only happening in Australia, but it's linked to U.S. dog fighting rings too. This is a huge deal and we need to do anything we can to stop these poor dogs from being grabbed up by these abusers.

If you see a dog listed for free on any site, you should flag it. But really, we need the websites to step up and now allow for the trade of animals at all.
Sign Petition
SHAREShare this petition with friends!TWEETEMAILEMBED
Sign Petition
See more petitions:
You have JavaScript disabled. Without it, our site might not function properly.