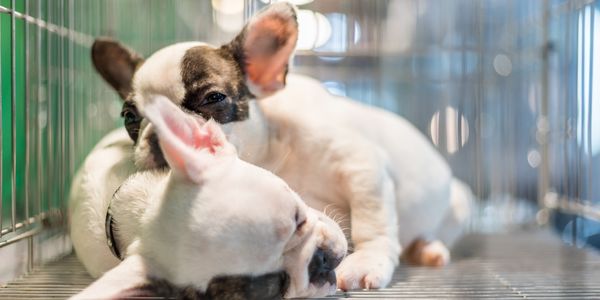 This television program is going to make animal abuse skyrocket

The current pandemic has significantly increased the demand for dogs -- we are grateful for the joy and purpose they bring us, and they are in turn grateful for how much time we're spending at home these days!

But the British Broadcasting Corporation (BBC) has decided that now isn't the time to promote adoption and rescue options, even though there are countless pups locked in shelters, desperate for their chance to join someone's family. Instead, the BBC is producing a new program with the working title Will My Puppies Make Me Rich?, which will promote irresponsible breeding based around how much money people can squeeze out of innocent dogs.

Sign the petition demanding that the BBC stop production on Will My Puppies Make Me Rich? immediately, and release a statement expressly saying that they do not promote anyone breeding their dogs.

As demand for pups during lockdown has soared, so have the prices they fetch. Breeders are now charging over double what their baby dogs cost before the pandemic. This has already triggered an uptick in irresponsible, uneducated, and uncaring breeders, happy to make a buck from something they perceive as easy.

In reality, breeding is far from easy for any dog that has been a part of the profit machines that are puppy mills and farms. Mother dogs are forced to breed constantly; they are never not in a state of pregnancy or being impregnated. Afterall, they are worth nothing to their merciless handlers if they aren't producing pups to be sold. And those pups don't have it easy either. They are often inbred, leaving them with horrific medical ailments. If they were born healthy, they don't stay that way long, as the lack of proper veterinary care, hygiene, nutrition, exercise, and love slowly deteriorates their tiny bodies. Many of the puppies being bought from breeders during lockdown are dying days later from worse-than-ever breeding conditions.

The BBC has deflected criticism from animal welfare advocates and organizations, claiming that the production will showcase "the importance of good animal welfare." But encouraging breeding as a business is the definition of bad animal welfare. It will only lead to a boom of breeders who are in it for the money. When it comes to animals, profit-chasing leads to exploitation, corner-cutting, and flat out abuse -- look at current puppy mills, or cruel factory farms, or horse racing, or animals in circuses and zoos, or...do we need to go on?

There is literally no world where this program does anything but harm dogs and those who actually care about them. Will My Puppies Make Me Rich? Tell the BBC that nobody should be trying to get rich at the expense of animal welfare.

Sign the petition and demand that they cancel plans for this terrible idea!