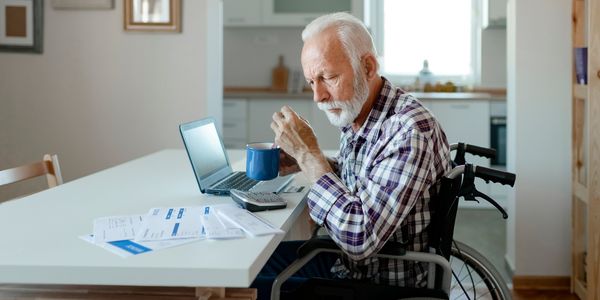 This hospital system has been suing tens of thousands of patients...in the middle of a pandemic

Richard Piper lives on $525 a week. Recently, he has put part of this pay of less than $30,000 a year towards supporting his daughter and grandkids, since she lost her teaching job during the pandemic. But that didn't stop Lake Granbury Medical Center, where Richard received medical care for five days back in 2018, from suing him for almost $35,000 -- $5,000 more than he makes in an entire year.

Richard is just one of the over 19,000 patients who have been preyed upon by hospitals owned by Community Health Systems Inc. (CHS) since March 13, 2020 -- when COVID-19 became an official national U.S. emergency.

Shame on CHS for continuing to bankrupt people and families over medical expenses during a recession caused by a deadly virus. Sign the petition and demand that CHS immediately stop suing patients over unpaid bills!

Healthcare in the United States is a trainwreck -- over 30 million people are uninsured, and even those who have "coverage" often don't see enough of their expenses actually covered by stingy insurance companies. A hospital room or ambulance ride can end up costing a single individual thousands of dollars, and medical care facilities nickel and dime down to the tiniest detail -- who could forget the story of the woman who the hospital charged $40 for holding her baby after her c-section?

These costs add up to levels that many, many people cannot afford to pay. Luckily, medical debt is different from other debt in that it doesn't affect one's credit score until they've been unpaid long enough to be sent to collections agencies. Even if your medical debt is sent to collections, it's possible you can get it thrown out using the health privacy law, HIPAA. This is why people often choose to pay off their medical debt less aggressively or not at all if they are struggling financially -- they need that money for other things like food, housing, or to pay other medical premiums so they don't go into even more debt.

Many hospital systems don't do anything about medical debt -- they certainly assign it and let it gather interest, which isn't great, but they don't go after patients about it because they don't have to in order to remain operating and profitable. Other hospital systems, like Trinity Health, suspended suing patients in March 2020 when the pandemic hit. But CHS has used this time, when more people than ever are sick, financially struggling, and under immense pressure, to sue tens of thousands of patients.

2020 was the most lucrative year for CHS in 10 years. They made huge profits and were able to pay their executives millions of dollars in bonuses. When the CARES Act was passed, the first federal stimulus meant to buoy the U.S. economy during the crippling pandemic, CHS hit the jackpot -- combined with other local funding, they were allotted over $700 million dollars in aid. And yet they went after struggling people and families who couldn't afford to pay for the medical care they desperately needed -- CHS has sued patients during the pandemic for as little as $201.

There is literally no reason for CHS to be doing this other than greed. It is deplorable, and it needs to end. Now. Sign the petition and demand that Community Health Systems Inc. immediately suspend all legal action related to medical debt, and use the millions and millions of dollars they made during the pandemic for debt relief!
Sign Petition
SHAREShare this petition with friends!TWEETEMAILEMBED
Sign Petition
See more petitions:
You have JavaScript disabled. Without it, our site might not function properly.

Care2
This hospital system has been suing tens of thousands of patients...in the middle of a pandemic
SHARETWEET