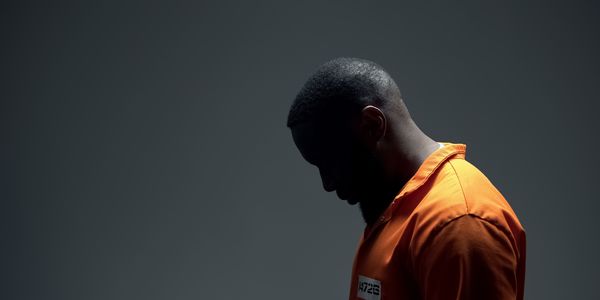 Slavery is still legal as long as this loophole in the U.S. Constitution exists!

Racism exists in every single system that makes up the United States' infrastructure -- healthcare, education, credit and finance, to name a few. But one system in which racism is possibly the most blatant and dangerous is the criminal justice system, where a disproportionate amount of imprisoned people are Black. When they are imprisoned, Black folks are stripped of their rights thanks to the 13th amendment of the Constitution. This amendment, meant to abolish slavery, actually just dressed it up in different clothes.

"Neither slavery nor involuntary servitude, except as a punishment for crime whereof the party shall have been duly convicted, shall exist within the United States, or any place subject to their jurisdiction."

Black people are more likely to be arrested or convicted of a crime, even though they are not more likely to commit one. Pair this trend with forced prison labor, and voilà -- slavery for the 21st century.

Sign the petition and urge Congress to introduce a new amendment to the Constitution, nullifying the 13th amendment and replacing it with one that abolishes slavery COMPLETELY.

In 2018, California experienced its most deadly wildfire season to date. The state took full advantage of its right to prisoners' labor and bodies -- thousands of inmates fought these fires for as little as $2 per day. Some of these inmates were even youth offenders, aka children. Even worse, none of these people will be eligible to get jobs as firefighters upon release due to their formerly incarcerated status.

In 2020, when the novel coronavirus began its deadly spread in the U.S., prisoners in Missouri began making hand sanitizer and other personal protective equipment (PPE) for as little as 30 cents per day. The cruel irony here is that prisons in the United States have done scarcely anything to protect its inmates, already in dangerous overcrowding situations, from the highly transmissible and deadly disease. This hand sanitizer and PPE is bound for beyond the jails' walls. In New York, a prison where inmates were forced to make hand sanitizer was the site of a massive COVID-19 outbreak. Prisoners in the state were also forced to dig mass graves for those dying from COVID-19.

Incredibly low compensation, or no compensation at all, is legal because prisoners are not protected by the Fair Labor Standards Act. This labor is only ever advantageous for the private prisons and large companies -- among them Walmart, Victoria's Secret, and McDonald's -- that take advantage of these programs. Never the inmates. In Missouri, for example, an inmate would have to work 25 days before they could afford a video call to loved ones on the outside, which goes for a whopping $7.50 per 30 minutes.

Prison labor itself is manipulative, unethical, and cruel. But when framed within the U.S. prison system, where Black people are over arrested, over convicted, and over jailed, it truly equates to modern day slavery. There are many people sitting in prisons right now who are wrongfully convicted or haven't even been tried yet, but are unable to pay bail or court fees. While they wait, hoping for the freedom they deserve, they are being mercilessly exploited. The way the U.S. prison system works, these folks are often forced to take a plea deal because the courts simply cannot process every case -- in other words, innocent people are forced to plead guilty because of the high incarceration rate, completely disproportionate to actual crime rates.

The 13th amendment makes slavery legal, and masks it as "justice," as "paying ones dues," as "serving time." If we want to see real reform in the criminal justice system, we need to take away the incentive -- the profits -- that keep our private prisons filled to the brim. We need to abolish prison labor. As long as there is financial incentive to incarcerate people in the form of the slavery loophole in the Constitution, this will continue.

Sign the petition and demand that Congress introduce an amendment to the Constitution that would abolish the 13th amendment and properly, fully abolish slavery in all its sinister forms.

Care2
Slavery is still legal as long as this loophole in the U.S. Constitution exists!
SHARETWEET