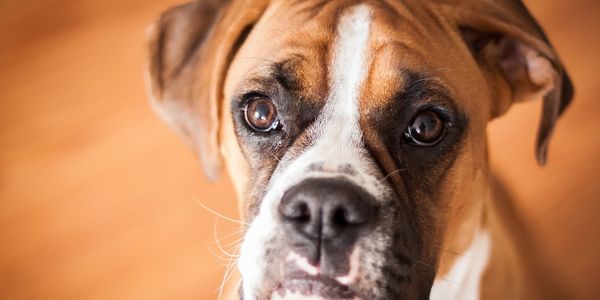 The Driver Who Killed This Sweet Pup is Still On The Road. Demand Justice for Jazzy!

Getting a package is universally acknowledged as exciting. Who doesn't look forward to some fun new gadget or product being delivered directly to their doorstep? Unfortunately, the Shipley family from Dayton, Ohio will never look at receiving packages the same way again after their beloved family dog, Jazzy, was struck by a UPS driver in their driveway. The story, sadly, is not as simple as it sounds.

Sign the petition and demand justice for Jazzy and the family mourning her loss!

The Shipleys' home security cameras caught the entire tragic incident. There isn't an ounce of uncertainty when it comes to how events unfolded. The video shows a UPS driver slowly inch up the driveway. The family dogs, Jazzy included, run towards the truck and let out a few playful barks. They were used to many delivery folks coming to the home and were always excited to see them. The driver can be seen yelling something at the dogs and then driving away.

That's not the end of the story. It's the beginning of the worst.

Less than five minutes later, the driver returns. He speeds recklessly and whips back into the driveway. He knows Jazzy is there, but he doesn't even slow down as the poor pup is sucked under one of his tires and beneath the massive vehicle. She is visible under the truck, kicking her legs and struggling. The heartless UPS driver does nothing for about 30 seconds, then backs up and leaves Jazzy to die alone out in the cold.

The shocking detail that makes this all the more disheartening? A package was never delivered to the Shipley's, nor was one scheduled.

UPS has released a statement apologizing for the incident, but it is unclear whether any real action has been taken to stop this tragedy from repeating. The company is claiming this was an accident, and the driver is "extremely distraught." This pitiful defense is not a placeholder for real change to protect dogs like Jazzy in the future.

Sign the petition and demand that UPS fire this driver! He is clearly unfit to drive a commercial vehicle where beloved pets, children, and community members live.
Sign Petition
SHAREShare this petition with friends!TWEETEMAILEMBED
Sign Petition
See more petitions:
You have JavaScript disabled. Without it, our site might not function properly.

Care2
The Driver Who Killed This Sweet Pup is Still On The Road. Demand Justice for Jazzy!
SHARETWEET