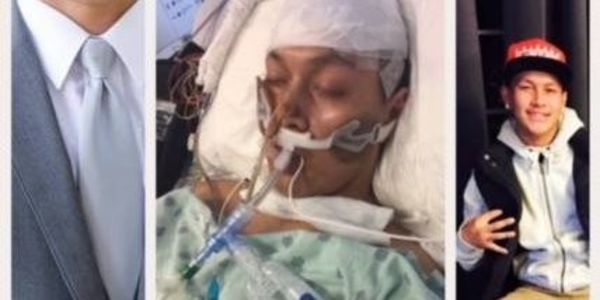 What happened to Justin?

At 20, Justin was a young man full of potential, chasing after life, and learning lessons through trial and error. His big smile and larger-than-life attitude made heads turn. As great as he was, he was not perfect. While navigating through the ever-challenging transition to adulthood, he made a mistake. This particular mistake landed him in jail on a marijuana-related conviction. As an honorable young man, Justin took responsibility for this mistake and was serving his time. Nevertheless, this marijuana charge did not define him, or cause his loved ones to care any less about him. It certainly was not, and should not have been, the death sentence that it was.

In mid-November 2017, Justin was to be transferred home to California from Chaparral, New Mexico, for the remaining weeks of his term. He had approximately two months left on his sentence. It was clear that Justin's spirits were high. He was excited he was going to be closer to his loving family and only had a short 10 weeks left on his sentence. Justin spoke to his parents and his brother almost daily over the phone. He also called many of his friends, who were aware that he was going to come back to California, and everyone was looking forward to seeing him soon.

During his transfer to California, Justin was held overnight in an Oklahoma jail. On the morning of November 16, 2017, it was reported that Justin was found unconscious on the floor of his cell, with a towel around his neck. The jail claimed that he tried to kill himself while in solitary confinement. As the family demands answers, the accounts of Justin's death become less consistent and even more unclear.

The State of Oklahoma did not perform an autopsy on Justin. It does not appear they conducted any meaningful investigation on the circumstances of his death, which they are refusing to release to the family. There are many media reports of suspicious deaths in Oklahoma jails and the ACLU of Oklahoma has been pushing for accountability and reform. Public officials seem to be indifferent to the widespread problem. The links below will show you the obstacles they are facing; there is still much to be done.

Countless people die in jail while in custody, many under suspicious circumstances, and some for reasons that will never be known. In Oklahoma, that seems to be a reoccurring theme. A quick Internet search under "death in Oklahoma jails" will return dozens of results.

Justin Thao was a son, brother, nephew, cousin and friend. This beautiful human being was killed in an Oklahoma jail under circumstances that are still unclear. Officials have not allowed his family to obtain any information, including their request to have the family's forensic pathologist examine the cell he was confined in. This pattern is not new. As shown in the links below, it is a normal occurrence.

Everyone who knew Justin would never believe that he would commit suicide. While incarcerated, he talked to his family daily and he wrote about the dreams and future he looked forward to once being released. Not only do we owe it to Justin to find out what really happened, but to countless others who have died without a voice. The family has paid a private forensic pathologist to do an autopsy, and the findings remain unclear and suspicious.

PLEASE SIGN HIS PETITION SO THAT THE STATE OF OKLAHOMA IS HELD ACCOUNTABLE AND WILL RELEASE PERTINENT INFORMATION TO THE FAMILY ABOUT THE DEATH OF JUSTIN THAO.
Sign Petition
SHAREShare this petition with friends!TWEETEMAILEMBED
Sign Petition
See more petitions:
You have JavaScript disabled. Without it, our site might not function properly.