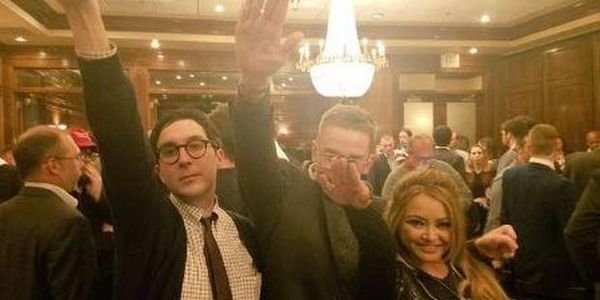 New York Times - No more "Alt-Right" word games. When you report on fascists, say so.

Picture this: A neo-Nazi rally.

Now picture this: "An alt-right gathering."

Although the later is becoming increasingly and alarmingly frequent in Trump-era America, the former is universally understood, feared, recognized, and (with some ignoble exceptions) reviled.

Either they paint mental pictures or they obscure them. So why is our news reporting on the re-rise of fascism - the most dangerous, rabid, and intolerant movement in history - using obscure phrases and unknown terms?

Our minds conjure Neo-Nazi rallies easily, instantly and vividly. And this is precisely the reason today's Nazis are running from their own name, hiding - and growing - in plain sight, under the cloak of unfamiliar labels, like "alt-right."

Let us speak plainly, and urgently.

The "alt-right" is the far right – the Nazi movement reborn. "White Nationalists" are neo-Nazis. They are fascists.

The media have a sacred responsibility to report in simple and accurate language.

We, the undersigned, call on the New York Times Editorial Board to take the lead by desisting from using "alt-right" and "white nationalist" in place of Neo-Nazi, White Supremacist, or fascist.

The New York Times' November 20th report, "Alt-Right Exhults in Donald Trump's Election With a Salute: 'Heil Victory'" is a case in point.

Remarkably, in an otherwise excellent expose of a fascist gathering in our nation's capital, the November 20th report inadvertantly but unmistakably offers credibility to contemporary American fascists' preferred self-description, "Alt-Right," using it repeatedly without question or qualification.

If we fail to notice this one it will end, like its predecessors, in terror.

We must resist the comforting temptation to look the other way, taking refuge in euphemism and word games.

If you see a fascist, just say so.