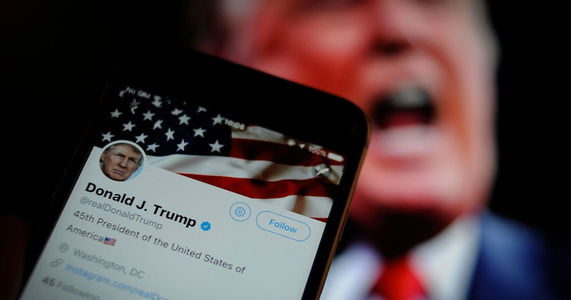 Twitter has been on a downward spiral since multi-billionaire Elon Musk decided to try his hand at running a social media app, and thanks to a Twitter poll, disgraced ex-President Trump's account has been reinstated. Trump hasn't been able to post on the app since January 8th, 2021, just two days after the fatal insurrection that bruised our democracy.

Trump's time on Twitter can be characterized as inflammatory, conspiratorial, and downright unfunny — and on top of all of that, it assisted in breeding domestic terrorism and distrust in every nook and cranny of our country. His words inspire violence and hatred, as well as actively endanger democracy and our most marginalized communities.

Add your name to demand Twitter remove Trump from the platform again!

The latest decisions at Twitter from Musk have been regressive — including allowing Kanye West back onto the platform despite his string of anti-semitism, with one of his first tweets back just being "shalom." It's a true testament to Musk's commitment to the freedom of hatred, except for when it comes to criticism of himself. After all, he did suspend a number of Elon Musk parody accounts not even 24 hours into his ownership.