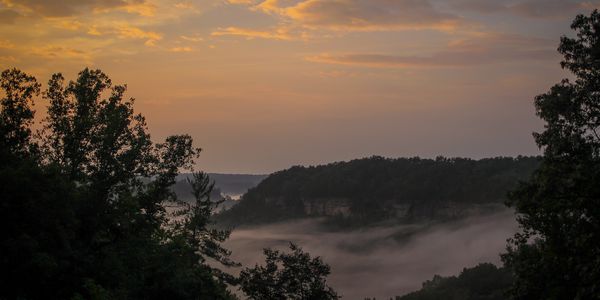 Help us to save one of Kentucky's greatest natural treasures, the Red River Gorge region from being permanently altered!

A large scale resort development project created by Red River Economic Development (RRED) has the potential to permanently alter the area with the proposal looking at three sites and ranking a privately owned 891-acre site in Slade adjacent to the Mountain Parkway as the highest. The project seeks to do the following:

The size and scope of this resort far exceed the capacity and character of the area's limited infrastructure, public services, and labor force. There are concerns that this large scale construction may have an environmental impact on local river systems, endangered and threatened species and neighboring private properties. The local community has been kept in the dark with sparse communication.

We are a group of mostly local businesses and residents that has formed to oppose this project and we are reaching out to the global Red River Gorge community because we need your help in opposing this outsized project. The deadline is quickly approaching for RRED 's purchase of the property and hiring a firm that will conceive a master development plan. If you feel the project will permanently alter the nature and character of the beautiful Gorge, please sign this petition and share it!