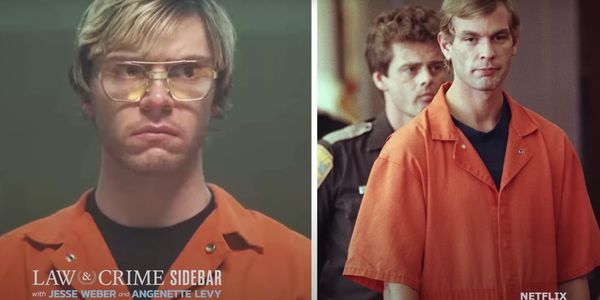 Netflix's latest true crime show, "Monster: The Jeffrey Dahmer Story," dramatizes the story of Jeffrey Dahmer, a serial killer, necrophile, pedophile, and cannibal. While many people love learning about true crime cases, the show has received intense criticism for retraumatizing the families of Dahmer's victims. Even worse, the families of Dahmer's victims said Netflix did not consult them during the making of the show.

Sign the petition to demand Netflix apologize to the families of Dahmer's victims and donate the show's profits to them.

In its first week on Netflix, the 10-part series was watched for over 196 million hours. While Netflix claims the show is meant to "give notorious serial killer Jeffrey Dahmer's victims a voice," that seems to be untrue. Instead, the victims' families have shared significant criticism regarding the series' portrayal of Dahmer's victims.

At Dahmer's 1992 sentencing, Rita Isbell – the sister of Errol Lindsey, one of Jeffrey Dahmer's victims – delivered an emotional victim impact statement. Naturally, the moment was excruciatingly personal for her. The makers of the Netflix show recreated her statement. But Isbell states, "I was never contacted about the show. I feel like Netflix should've asked if we mind or how we felt about making it. They didn't ask me anything. They just did it…But I'm not money hungry, and that's what this show is about, Netflix trying to get paid. It's sad that they're just making money off of this tragedy. That's just greed."

A former designer who used to work at Netflix said this is the company's business model. "Netflix will continue to sponsor this type of content because it is helping push the bottomline of the business," he said. "They want the opportunity to become as profitable, as noticeable, and as dominant in their industry as they could possibly be, therefore they will do what they can to reach that level of success." And that does not necessarily include showing respect or consideration towards any real humans who might be psychologically harmed in the process.

It's clear Netflix needs to do better when it comes to producing true crime stories. The company is profiting off of real pain and trauma, causing serious and negative impacts on survivors.

Sign the petition to demand Netflix apologize to the families of Dahmer's victims for retraumatizing them and donate the show's profits to them!