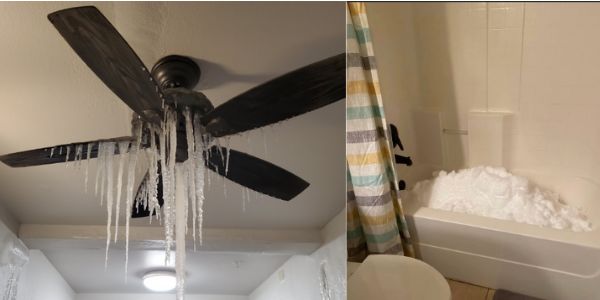 People are freezing to death in Texas; demand the federal government helps more!

The stories coming out of Texas this week are difficult to read and watch. A slew of winter storms have knocked out power for large swaths of the state for coming up on a week as of the time of this writing. Without electricity, people are freezing in near zero temperatures. They have no way to cook, the roads are too dangerous to travel, and food is running low. Burst pipes are flooding people's homes and roofs are falling in. It is a literal natural disaster and Texans are being abandoned.

Sign the petition to demand the federal government steps in to save lives now!

The reason Texas was so unprepared for these winter storms is that they are on their own power grid, whereas the rest of the United States are on one of two national power grids, which makes failures in one area easier to deal with by diverting resources. But Texas politicians really wanted to be their own grid so that they didn't have to comply with federal regulations -- like the safety regulation that would have required them to winterize their equipment, thus avoiding this entire disaster.

This just goes to show that while deregulation may make companies happy in the short term, it almost never works out for actual people whose lives are at stake. In 2011 there was another storm and Texas was warned that they had better winterize their fossil fuel power plants, but they didn't. Instead, they proudly boasted that they didn't have to. Well now it's day four of no electricity and Texas Senator Ted Cruz literally just flew to Cancun for a vacation while his constituents are dying.

No one deserves to die because their political representation failed them. Much of the state has no power, no water, and people are quickly running out of food. If you go on any social media, you will see the horrifying stories coming out of Texas, as well as tips on how to cope from northerners who are more used to short term power outages in the cold. Once again, the failings of our country's leaders have forced individuals to fend for themselves, and to rush to each other's aid..

There is a myth of "rolling" blackouts, during which power is rotated to different areas for periods of time so that everyone gets a little, but it's actually not been rolling. Because they need to keep hospitals' power on, they are shutting off many other residential power grids completely. And because power has failed at some waste management plants, many places don't even have clean drinking water. They are supposed to boil it before drinking, but they don't have the means to boil it!

Biden did authorize FEMA to go in and help, but clearly it's not enough. This is a massive disaster and the federal government should be doing more to save the lives of Texans!