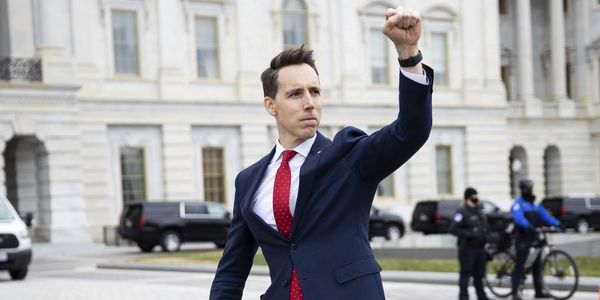 On January 6th, an armed mob attacked The Capitol building, resulting in multiple deaths and a direct threat to the functioning of our democracy.

The people responsible must be held accountable, from the President to the rioters to the members of the Republican Party who have aided and abetted violent, racist assault on democratic norms for years. If we allow these heinous acts to pass without consequence, we are only inviting further attacks on the institutions we all hold dear.

That's why we're calling for a freeze on donations to any elected official who supported this coup attempt.

That means every member of the House and Senate who voted against certification of the electors. That means every Attorney General who joined in baseless suits. Governors. State Reps. Mayors. Anyone, anywhere, who stood against this free and fair election.

We're calling on corporations not to donate one more cent to any elected official who worked to overturn the results in 2020. So far AT&T, American Express, Airbnb, Amazon, Comcast, Dow and Morgan Stanley have all committed to stopping their donations to anyone who voted to overturn legitimate election results. But this is far from a full list of corporations that donate to those politicians.

Take action with us today and demand: No Donations for the Sedition Caucus!