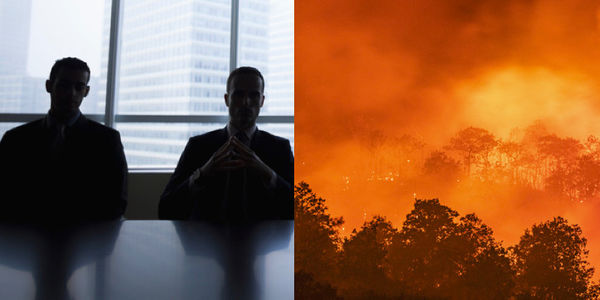 Some Corporations Are Making Climate Change Worse. It's Time for Them to Acknowledge That.

Under current U.S. law, all public companies in the country must disclose information about risks to the businesses each year. This information goes to their investors and to regulators, and usually covers information like: how are interest rates or currency changes, etc. affecting their company's financial performance.

Until now, there were two major risks that companies could avoid reporting about at all: how climate change might hurt their business, and how corporations might be contributing to climate change. Finally, that might be about to change. The U.S. Securities and Exchange Commission (SEC) just announced in late March 2022 that it is considering a new rule to make companies take our environmental future seriously.

Sign the petition to demand that SEC regulators approve this new rule change! This would be a crucial tool to remind corporations that they must care about the Earth.

As sea levels rise, global temperatures climb, droughts worsen, and extreme weather events like floods, hurricanes, and fires intensify, climate change is already having devastating impacts on business. These changes have already disrupted supply chains to climate-migration crises to literally burnt-out facilities. It's clear: climate catastrophe is coming for companies just as much as it's coming for individual people. In fact, one study reports that approximately 70% of economic sectors around the globe are already being impacted.

So it makes sense that companies should be looking at this major risk factor. But many do not want to. They're also pretty averse to acknowledging how their products -- used by consumers -- are contributing to global greenhouse gas emissions. Ignoring this critical data is akin to sweeping a giant mammoth under the rug: the gnarly beastly truth is going to come out at some point. And the sooner companies calculate and publish this data, the better.

If corporations were to finally look at the role climate change really plays in their current and forecasted future operations, it would help push them in the right direction, opening their metaphorical eyes to our collective looming crisis. And since companies have huge power to change their carbon footprints, this type of nudge is crucial.

Right now, we are in the middle of a 60-day public comment period. During this time, the SEC is requesting input from people like us, asking what we think about their proposed rule change. We must speak out with a loud voice to say: Yes, corporations must finally address climate change!

Sign the petition to demand SEC regulators pass this smart, eco-forward rule change!
Sign Petition
SHAREShare this petition with friends!TWEETEMAILEMBED
Sign Petition
See more petitions:
You have JavaScript disabled. Without it, our site might not function properly.

Care2
Some Corporations Are Making Climate Change Worse. It's Time for Them to Acknowledge That.
SHARETWEET