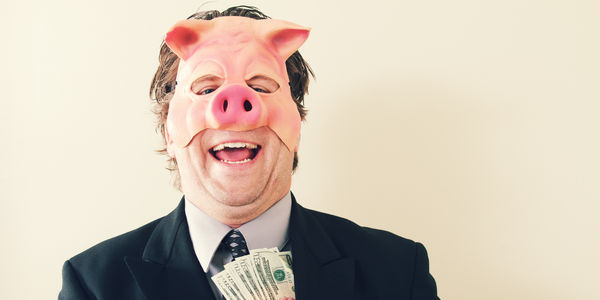 This Billionaire Is About to Leave 2,000 of His Employees without Healthcare.

That's what Whole Foods will be telling nearly 2,000 of its part-time workers come January first. The company has decided to cut healthcare benefits for their part-time staff, leaving them out in the cold smack in the middle of flu season.

Tell Jeff Bezos to do the right thing - use his billions to help his employees, not his bottom line.

Any employee who works less than full-time but at least 20 hours per week will now have to find their own healthcare. The extra cost is substantial; healthcare across the nation is staggeringly expensive, even for someone who works 40 hours a week on a middle-class salary. For a part-time employee making anything less, the cost could be crippling.

The company now says they will help some of these employees transition into full-time jobs so they can qualify for continued benefits or help them find care in the private market, but for many of the employees that is far from good enough. One employee who had been with Whole Foods for 15 years said she was "in shock" at the news. She lamented that she would now have to hike her hours to full time to ensure her family was covered. But in order to do that, she would need to pay for daycare, which is sometimes even more expensive than healthcare.

The high-end supermarket is owned by Amazon, which is, in turn, owned by Jeff Bezos, one of the wealthiest men on Earth. His company earns billions of dollars a year, but when it comes to his employees, this billionaire is a penny-pincher.

Whole Foods is often referred to as "Whole Paycheck." The moniker eludes to the joke that when someone goes shopping at Whole Foods, they are likely to spend their entire paycheck. Now their part-time employees will also likely be spending their whole paycheck - not on groceries, but rather on private healthcare.

Tell Jeff Bezos this is unacceptable. His part-time employees depended on their company-provided healthcare. Snatching it away right after Christmas is just plain Grinch-like. Sign the petition and demand that Whole Foods continue to provide healthcare for their part-time employees.
Sign Petition
SHAREShare this petition with friends!TWEETEMAILEMBED
Sign Petition
See more petitions:
You have JavaScript disabled. Without it, our site might not function properly.

Care2
This Billionaire Is About to Leave 2,000 of His Employees without Healthcare.
SHARETWEET