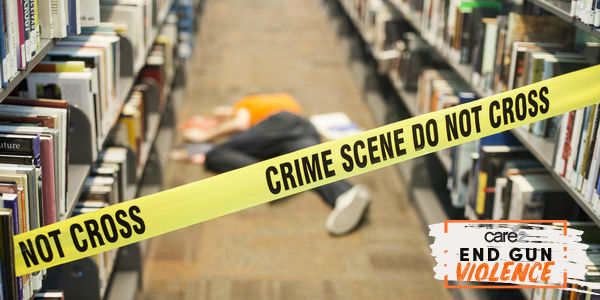 In 2015, at a town hall in Manchester, New Hampshire, Secretary Hillary Clinton expressed her frustration about the near-absolute power of the gun industry in America: "The gun industry and gun sellers are the only business in America that is totally free of liability for their behavior."

Clinton was referring to a then-10-year-old law passed by the Bush Administration that gave the gun industry all but blanket immunity against civil lawsuits for deaths and injuries caused by the "criminal or unlawful misuse" of their products.

The Protection of Lawful Commerce in Arms Act (PLCAA) was groundbreaking and set the gun manufacturing industry apart from every other business which could be held legally accountable. Indeed, for the most part, it not only blocks judgments, but lawsuits against the gun industry most likely won't even get tried.

Other industries like the automobile, pesticide, oil, and tobacco have had to deal with a barrage of litigation for their irresponsible practices, but the when it comes to "Big Firearm," they seem to have an arsenal of protections against legal action that other industries simply don't enjoy.

In essence, the U.S. government has given them a carte blanche to continue to create lethal products, market them as fun recreational items and wipe their hands clean of guilt when tragedies like Parkland and Sandy Hook occur.

In the United States guns and cars nearly tie for the number of fatalities they cause each year. But while cars' main purpose is to transport people from one point to the next, for many guns — specifically pistols and assault rifles — their intended purpose is to kill. Yet, their legal forcefield discourages change and encourages more profit-focused behavior while ignoring safety.

It is absurd that the gun industry gets special protections when they are one of the largest contributors to deaths in the United States. The PLCAA was a gift to the gun industry while the rest have to suffer and grieve in the wake of drive-bys, school shootings, and massacres. This needs to end.

The gun industry must be held responsible for their deadly products. Sign the petition and tell the new Congress to repeal the PLCAA.
Sign Petition
SHAREShare this petition with friends!TWEETEMAILEMBED
Sign Petition
See more petitions:
You have JavaScript disabled. Without it, our site might not function properly.