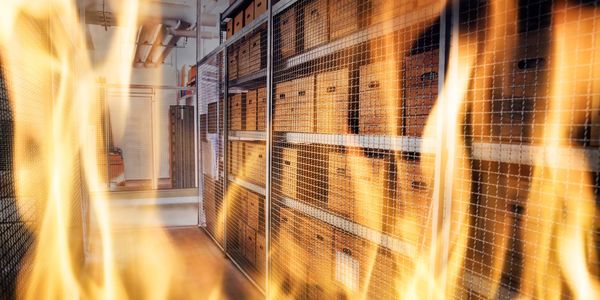 Amazon.com became famous for its easy online returns process - and the fact that it sells nearly everything. What's not so easy are its effects on the planet.

Even worse: Amazon itself admits that some of its returned items are marked for "energy recovery." That means incineration.

In 2021, whistleblowers working at Amazon warehouses in the UK explained that corporate management wanted them to destroy 130,000 items each week - just in Great Britain alone. Over the course of 52 weeks, that adds up to more than 6.5 million products sent to landfills, burned for fuel, or otherwise disposed of. Two years prior, undercover journalists discovered upwards of 3 million products destroyed in France during a 12-month period. Such merchandise included brand-new books, iPhones, laptops, TVs, and video game consoles in perfect condition, and even completely sealed face masks.

Amazon spokespeople claim the corporation is "working toward a goal of zero product disposal," but has refused to set a date for achieving this goal. One way that it's trying to reduce its landfill footprint is by sending returned items into the fire, instead of into the ground. This process of "energy recovery" involves burning products at high temperatures until they convert into heat, fuel, or electricity.

It involves a huge amount of carbon to run these incinerators - and it can cause serious air pollution. Emissions include heavy metals, mercury, dioxin, lead, arsenic, cadmium, and more.

Instead of pretending it's an eco-friendly company by burning instead of burying returns, Amazon needs to commit to ending its waste footprint, and soon. There are so many alternatives: the corporation could actually re-sell the items (as consumers already believe they do), or even donate them to charitable organizations. With a recession plunging more and more people into poverty, now is the perfect time to put those returned items to good use. Anything less is insulting.

Tell Jeff Bezos his company has got to do better. Burning returned items is not the way to go. It can poison our Earth, our lungs, and our health. And just as importantly: it's grotesquely wasteful.
Sign Petition
SHAREShare With FriendsTWEETEMAILEMBED
Sign Petition
See more petitions:
You have JavaScript disabled. Without it, our site might not function properly.