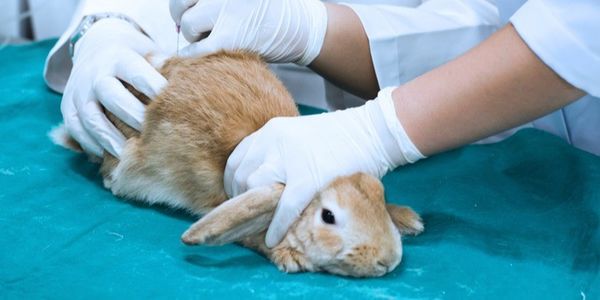 A Bunny May Have Lost Her Life for Your Blush; End Animal Testing for Cosmetics Now!

Did you know that animal testing for cosmetic products is still perfectly legal in most of the United States? You would think that since we no longer need to do this for safety purposes, it would have been outlawed long ago. Instead, the industry is alive and well. But the animals suffering in it are not.

Animal testing can look like a few different things, and they are all horrifying. There is skin and eye irritant testing, the specifics of which involve shaving the skin off an animal and putting harsh chemicals on their skin and in their eyes -- without pain relief -- to find out if they bother the animal. Another common test is long term force feedings of chemicals or ingredients. They use this one to determine whether sickness will develop over time and also to study birth defects. That means they are allowing animals to breed while gravely ill, even though it could harm or even kill their babies. The worst test they do is the "lethal dose" test, which is basically asking the question "how much of this ingredient will kill an animal?" They just keep upping the dose until the animal dies. None of this is done with any pain relief.

After testing is done, animals are murdered by having their necks snapped, through suffocation, or having their heads chopped off. They care so little for these animals that their deaths don't even come with any drugs to alleviate the pain. All of this so you can buy mascara to feel prettier. This testing is not even necessary or always scientifically valid. Different animals respond differently to some chemicals. Plus, there are cheaper and more humane alternatives. That's why it's time to end animal testing for cosmetics altogether!

The Humane Cosmetics Act was introduced late in 2019 and would make testing on animals for cosmetic products illegal in the entire supply chain for any product sold in the U.S. It would be a huge win for animals and the humans who love them, too. But it didn't go anywhere! That's why public pressure is needed to show Congress that people all over the world care about this important issue. Both Canada and Mexico have similar bills, showing just how ready North America is to do away with cruel animal testing.

Will you sign on to support the U.S. in banning animal testing for cosmetics completely?

Care2
A Bunny May Have Lost Her Life for Your Blush; End Animal Testing for Cosmetics Now!
SHARETWEET